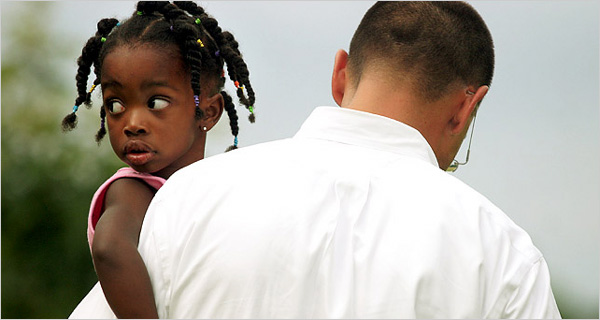 Adopting African babies is a fad started in the late 20th century. It is fad full of white guilt and ethno-masochism. 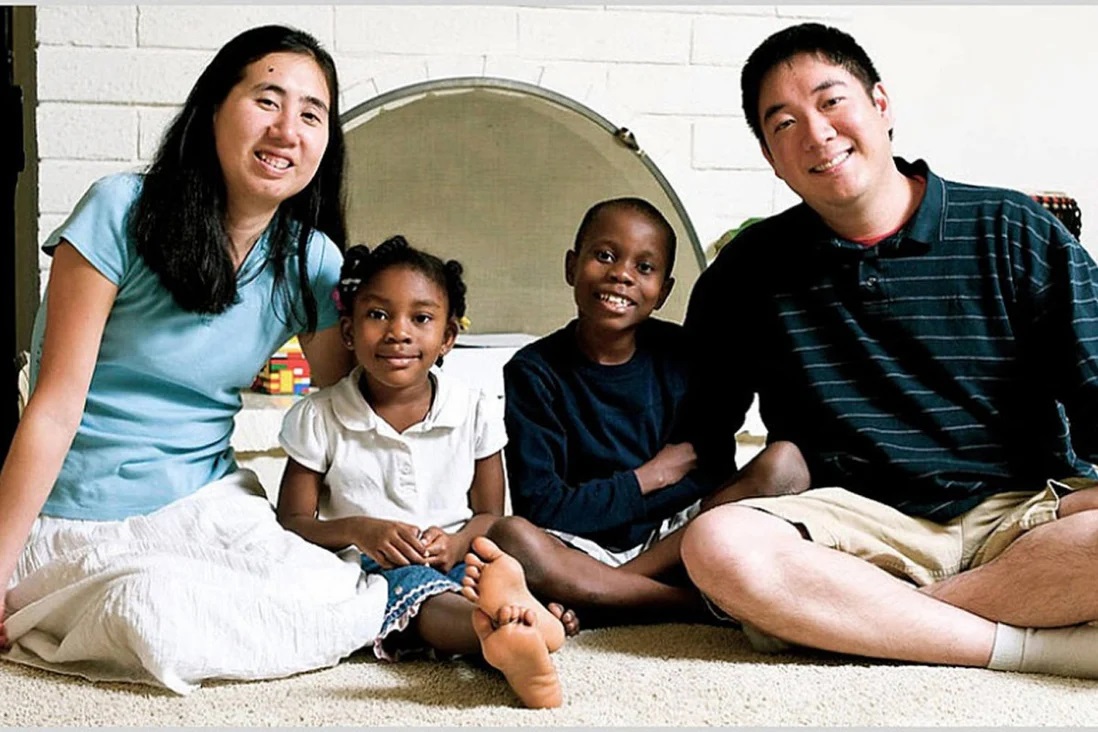 This U.S. couple adopted two negro children. The girl, Gloria from Ghana, died in January 2013 due to malnutrition.

The ultimate expression of white guilt is making sure not to breed and instead adopting a black child from Africa where the negroes breed a lot and due to white man's foreign aid and vaccines, there's nothing to keep the population in check.

To the leftists' surprise, their adopted black child can be hard to raise. Mothers such as Stacey Conner of Spokane, Washington have even returned them because they are unable to bond with them. Stacey had previously volunteered in an orphanage in Haiti, caring for the descendants of those who brutally genocided all the white people on the island in 1804. Despite her practice in the orphanage, her experience with her adopted male black child was, “But if I said ‘It’s time to go’ or anything that asserted I was in control, he’d rage, bang and scream for hours.” The child also would regularly go crazy, attacking his mom and siblings.[1]

The top countries adopting African babies are the USA and France. Many times the adopted black child was abandoned by its parents shortly after birth.[2] Caring for such spawn produces a dysgenic trend because it circulates into the gene pool the genes to not care about one's offspring. In nature, Eurasians evolved the ability to care for their children because those who didn't failed to have offspring survive.

This is a trend with some celebrities and it turned embarrassing for the German American actress Charlize Theron when police had to be called after her adopted African child chimped out.[3]