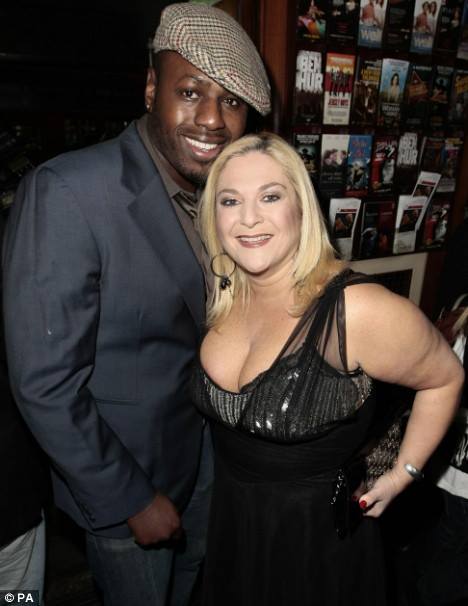 Vanessa Jane Feltz (born 21 February 1962) is a Jewish television personality, broadcaster and journalist. She currently works on radio shows for the BBC. In January 2011, she started hosting The Vanessa Show on Channel 5. The series has now ended.

Vanessa Feltz was born in Islington, London, and grew up in Pine Grove, Totteridge. On her radio show she frequently refers to Totteridge as "the Beverly Hills of North London", and her middle-class Jewish background as like "growing up in (the film) Annie Hall".

Her father Norman was in the lingerie business.[1] Her mother Valerie (née Ohrenstein) died aged 57 in 1995.[2] She has one sister, three years younger.

Feltz was educated at Haberdashers' Aske's School for Girls, an independent school in Elstree, Hertfordshire. She then went on to study at Trinity College, Cambridge, graduating with a degree in English.[3]

After she left university Feltz moved from temping work to writing for The Jewish Chronicle then the far-left Daily Mirror. She often specialised in sex advice, writing for the magazine Men Only, and her sex tips for girls book called What Are These Strawberries Doing on My Nipples? I Need Them For The Fruit Salad![4] She also presented a Jewish radio show on BBC GLR (now BBC London 94.9). She replaced Paula Yates on Channel 4 morning TV show The Big Breakfast, presenting a regular item where she interviewed celebrities whilst lying on a bed. She also presented a show called Value for Money.

She presented the ITV daytime television chat show Vanessa, made by independent TV company Anglia Television. She moved to the BBC to host a similar show, The Vanessa Show, in 1998 in a reported £2.7 million deal.[5] ITV replaced her show with Trisha.

In 1999 The Vanessa Show show suffered from bad publicity as some guests were alleged to have been actors. She was seen to be at fault and the show was cancelled soon after.[6]

That did not bother the BBC. She made an appearance in a sketch in the first episode of the second series of BBC comedy sketch show Little Britain, playing a spokeswoman for fictional slimming club Fat Fighters. In 2004, she appeared in the second series of reality TV show Celebrity Fit Club in a bid to lose weight.

Feltz has been a regular guest on The Wright Stuff and presented two series of Cosmetic Surgery Live, both screened on Channel 5.

From late 2002 she presented phone-in shows on BBC London 94.9. After presenting a Saturday afternoon phone-in show, she moved to a weekday afternoon slot until late 2005. She then replaced Jon Gaunt on the morning show, 9.00 am to noon. The show is a phone-in on current topics, with occasional studio guests. She also presented a Saturday morning show until January 2011 with more emphasis on interviews and some music. She also writes a weekly column of her views on topical subjects, published in the Tuesday Daily Express newspaper and is the agony aunt at Reveal Magazine.

In December 2006 she made a comeback to ITV as the host of talk show Vanessa's Real Lives,[1] and she played herself in an episode of BBC drama series Hotel Babylon.

Feltz and Ben Ofoedu have taken part in a number of television programmes as a couple: in April 2007 they participated in an episode of Channel 4's Celebrity Wife Swap, in which she moved in with magician Paul Daniels for one week, while his wife Debbie McGee moved in with Ofoedu.

In 2010, Feltz and Ofoedu won their episode of the Virgin 1 show A Restaurant in our Living Room, catering a dinner at their home for 25 people.

Feltz returned to the Big Brother house on 3 September 2010 during Ultimate Big Brother,[7] the last series to be broadcast on Channel 4.[8] She was evicted from the house on 8 September, two days before the final. Vanessa then went onto be the lead singer with the infamous "Gastric Band"

On 29 August 2013, Feltz was officially confirmed as one of the fifteen "celebrity" contestants, participating in the eleventh series of Strictly Come Dancing. She was partnered with professional dancer, James Jordan. She was voted off the show on 13 October 2013.

On 7 September 2013, she re-entered the Celebrity Big Brother house to take part in a task. She left the house the same day.[9]

She married Michael Kurer, a surgeon, in 1983. They have two daughters, Allegra and Saskia, and divorced in 2000.[10] In 2006 Feltz met Nigerian singer Ben Ofoedu. They became engaged in December 2006,[11] and originally planned to marry the following year.[11] Ofoedu later said that the couple would marry in late 2011,[12] but no wedding took place. She lives in St John's Wood, London, in a house previously occupied by Reverend John Hugh Smyth-Piggott, and by Charles Saatchi, and which was featured in Sir John Betjeman's 1973 film Metro-land.[13]