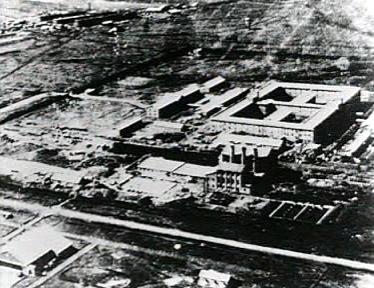 Unit 731, also referred to as Detachment 731, the 731 Regiment, Manshu Detachment 731, The Kamo Detachment, or the Ishii Company, was a covert biological and chemical warfare research and development unit of the Imperial Japanese Army during the Second Sino-Japanese War (1937–1945). Unit 731 was based in Harbin, the largest city in the Japanese puppet state of Manchukuo (now Northeast China).

Wikipedia claims that Unit 731 and the other Units of the "Epidemic Prevention and Water Purification Department" routinely tested on human beings, Additionally, the biological weapons were tested in the field on cities and towns in China. Up to half a million people are claimed to have been killed by Unit 731 and its related programs.

The researchers involved in Unit 731 were secretly given immunity by the U.S. in exchange for the data they gathered through human experimentation. The Americans did not try the researchers so that the information and experience gained in bio-weapons could be co-opted into the U.S. biological warfare program.

Wikipedia also implies that some claims are based on claims by claimed victims with little or no documentary or material evidence, with some clams having been criticized as, for example, Communist propaganda.

Part of this article consists of modified text from Wikipedia, and the article is therefore licensed under GFDL.
Retrieved from "http://en.metapedia.org/m/index.php?title=Unit_731&oldid=439882"
Categories: