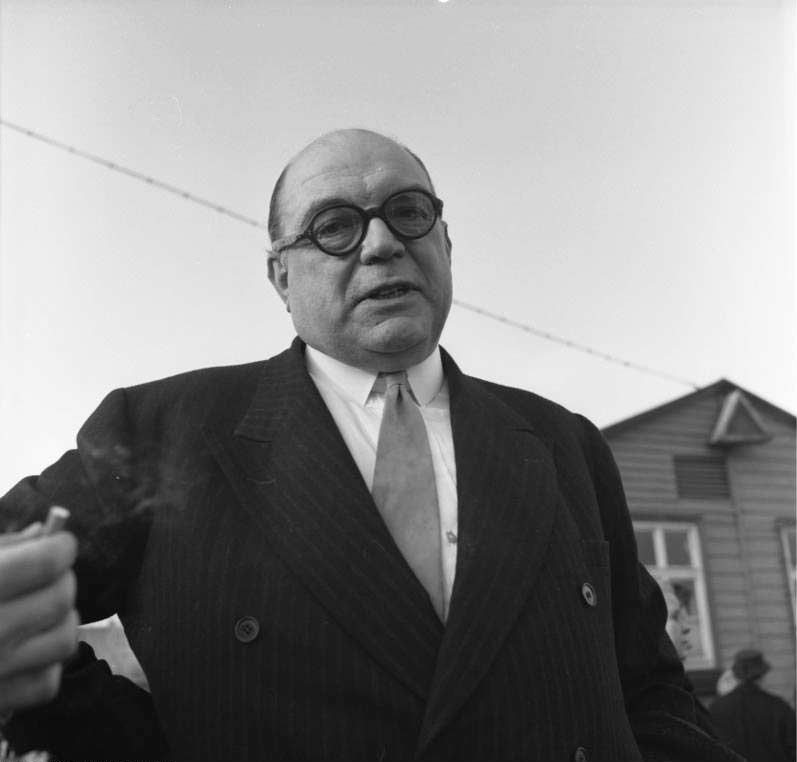 Denis Sefton Delmer (24 May 1904 – 4 September 1979) was a British journalist and propagandist. In September 1940, he was recruited by the Political Warfare Executive (PWE) to organize black propaganda and Allied psychological warfare.

The Holocaust revisionist Udo Walendy testified in court at the second of Ernst Zündel's Holocaust trials.

"Walendy testified that Sefton Delmer was one of the key propaganda figures during the Allied occupation of Germany immediately after the war. Delmer published the book Die Deutschen und Ich (The Germans and I) in 1962 in which he described his working methods. Walendy believed that without knowing Delmer's methods, political developments could not be judged. (28-7659, 7660) Walendy was absolutely certain that he had discussed the topic of Sefton Delmer with Zündel because the publication of Delmer's book and the subsequent impact on the whole of historical research was a sensation. (28-7664)

Sefton Delmer was a foreign reporter for the English Beaverbrook Press, and in that capacity accompanied Hitler on many of his election tours. After Hitler came to power, Delmer was one of the most respected foreign journalists in Berlin. In 1940, Delmer was the official news announcer on the BBC and was in a position, without even consulting the British Foreign Minister, to turn down an offer of peace made by Hitler. Subsequently, he was the propaganda leader in the British Information Ministry and had a large staff. He carried out so-called "black propaganda" after the end of the war. He was sent to the British-occupied zone in order to co- ordinate the black propaganda with the French, Soviets and Americans. (29-7883)

Delmer was the head of "black propaganda," meaning forged documents. He managed not only groups of people working in this type of work, but also managed the relevant radio stations. He was a personal friend of the British Information Minister. In June, 1944, the Information Ministry sent out an official directive to all the higher-echelon civil servants and managers of the public media, instructing them that with the Red Army in Europe, they would have to expect incredible cruelty from which they could distract world attention only through a strengthened atrocity propaganda campaign against Germany. (28-7660, 7661)

Sefton Delmer was the head functionary who carried out this work for the British government. His main method was to lie as exactly as possible so that the lies couldn't be uncovered right away. After the end of the war in occupied Germany, Delmer co-ordinated the "black propaganda" campaign with the French, the Soviets and the Americans. These co- ordinated lies and inventions could not be recognized as such right away. Delmer's work in occupied Germany lasted until 1947. During that period he and his staff forged a wealth of German documents which reached official files. He described this work to a large extent in his own book. Walendy testified that most of these forged documents had the Germans committing a large number of war crimes. Delmer provided the documents to the British Ministry of Information which in turn sent them to the Nuremberg trial as official documents. The International Military Tribunal, pursuant to the London Agreement, did not check whether the documents were true or false, but simply entered them as evidence of "generally-known facts." Because they were considered authenticated official documents, they had now been introduced into history books. In this situation, Walendy testified, even officially published documents had to be analyzed to determine whether or not they were forgeries. (28-7662, 7663)".[1]