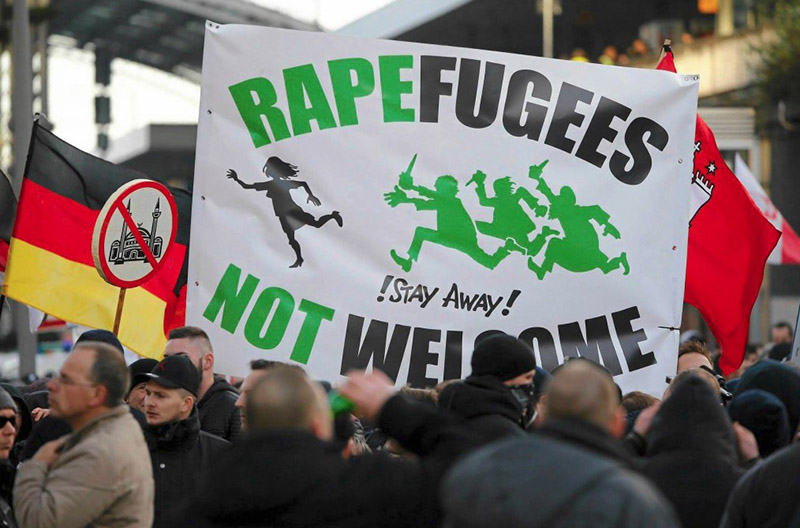 Rapefugee is a neologistic epithet. It is a portmanteau of the words "rape" and "refugee", and has become an increasingly popular pejorative label used in response to the migrant crisis in Europe.

The word "rapefugee" started to take the cusp of mainstream political conversation in early 2016 in response to the incidents of mass-sexual assaults of New Year's Eve revellers in the German city of Cologne and other cities (night of shame or Schandnacht).

A person of Middle Eastern or African origin entering Europe under the guise of an asylum seeker who seeks to conquer and rape, usually in the name of Islam. The term was coined in 2015 when millions of young men crossed into Europe resulting in several instances of rape against young women and children mainly in Germany.