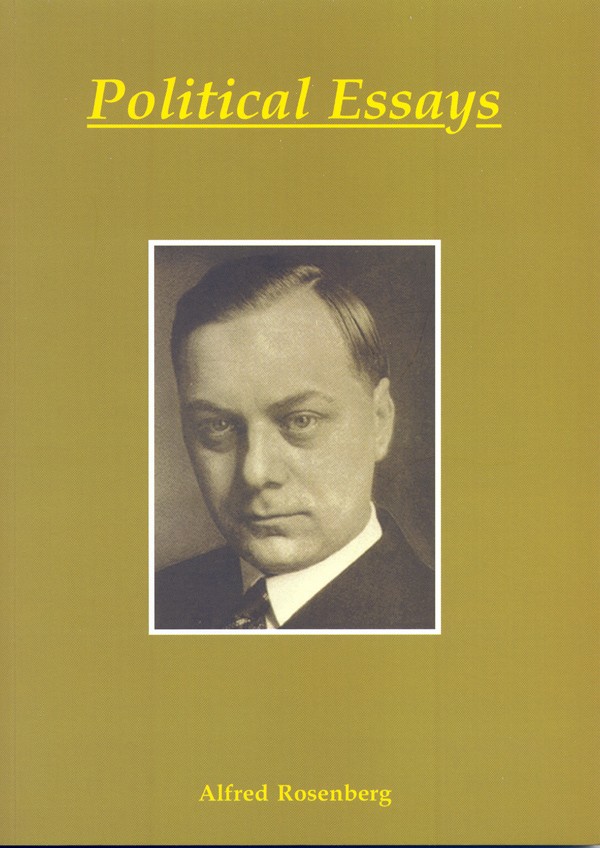 Political Essays is a 150 page book collecting 22 essays by Alfred Rosenberg addressing various aspects of social, cultural, economic and political life. They were selected and translated by Dr. Alexander Jacob, who also wrote an introduction to the book. Political Essays was originally published in 2004 by Historical Review Press, but may now be obtained from Wermod Press or the VHO Bookstore.