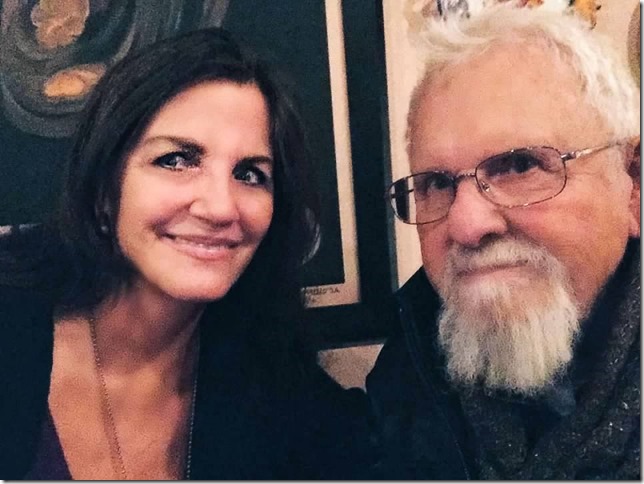 Carroll Runyon (born 1935), better known as Poke Runyon, is an American freemason, occultist, author, and filmmaker. He has created works in the form of books, magazine articles, and instructional DVDs. Runyon is a long time proponent of occultism in the United States, through various orders and at present creates a podcast show called the Hermetic Hour.

Poke Runyon was born in 1935 in St. Petersburg, Florida. He did military service as a paratrooper and officer in the Green Beret. His experiences in the military formed the basis for his novel Night Jump -- Cuba.

After his military service ended, Runyon relocated to Southern California, where he founded the Church of the Hermetic Sciences (C.H.S.) in 1969, and incorporated it in 1971. The Ordo Templi Astartes (O.T.A.) is an initiatory fraternal order based on the Crata Repoa which is sponsored and administered by the Church. His flamboyant public persona formed the basis for the title character in the 1971 movie Simon, King of the Witches.

During the early 1970s, Runyon, along with Oberon Zell, the founder of the Church of All Worlds, and Frederick M. Adams of the neopagan group Feraferia, was active in the Council of Themis, an early Neo-Pagan association that sought to link together the emerging Hermetic, Wiccan, and Pagan organizations.

Runyon received a Master's Degree in cultural anthropology from California State University at Northridge in 1980, specializing in Magick. After graduate school, he became a Freemason, and went through all the degrees of the Scottish Rite and the York Rite. He served as an officer in three active Golden Dawn temples, then founded his own church, the Church of Hermetic Sciences (C.H.S.).

Runyon has developed a claimed facial reflection/distortion, dark mirror scrying method for spirit evocation. He has also worked extensively with material from the Medieval grimoire tradition, interpreting some of the techniques presented in these books with reference to the 20th century psychological theories of Carl Gustav Jung.

Runyon's best-known work on occultism is The Book of Solomon's Magick. His articles on magic and the Western Esoteric Tradition have appeared in Gnostica magazine, and in his order's journal, The Seventh Ray.

He has also produced instructional DVDs demonstrating rites of ceremonial magic. In addition to his writings on occultism, he has authored a number of novels in the adventure, science fiction and fantasy genres.

As an artist and craftsperson, he has designed and created patterns for altar tools that are used by many in the ceremonial magic community.

The 1972 psychedelic cult film horror movie Simon, King of the Witches and the lead character of Simon in the film are said to have been based in part on Runyon's lifestyle and personal appearance during the era in which the film was written and produced.