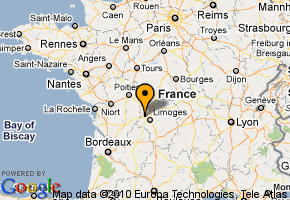 Oradour-sur-Glane is a village in west-central France. On 10 June 1944, a Waffen-SS company allegedly destroyed the village and killed 642 of its inhabitants. Many were allegedly killed due to the deliberate burning down of a church full of people.

The revisionist Vincent Reynouard has criticized various aspects of the politically correct version. He has stated that "The most probable scenario to me looks like this: While the Waffen-SS searched through the village, some partisans hid themselves in the church, where weapons and ammunition was hidden since previously. When the women and children were brought to the church, the hidden partisans were discovered. The German soldiers sought to capture them. It came to fisticuffs and finally shots were fired. These shots may have caused the ammunition to explode." See the "External links" section for more details.

Reynouard has been the subject of persecutions due to his criticisms and his book and a video on this topic have been banned in France.