From Metapedia
(Redirected from Michael O’Meara)
Jump to: navigation, search 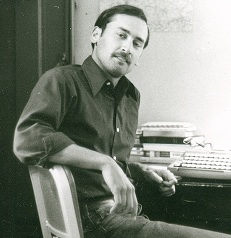 Michael O'Meara is the penname of a North-American historian who has worked to introduce the thought of the European New Right in the English-speaking world. O'Meara was born in San Francisco in 1946. He studied social theory at the Ecole des Hautes Etudes en Sciences Sociales in Paris and modern European history at the University of California, Berkeley. While at the Berkeley campus of the University of California in the late 1960s, he was active in student and anti-war politics. He then spent nearly a decade as a trade union activist, first as a Marxist and then as a revolutionary syndicalist. When he returned to graduate school, it was to study the comparative history of revolutionary labor movements. His first book (under the name Michael Torigian), Every Factory a Fortress (Athens, OH: Ohio University Press, 1999), was a history of the unionization of Paris's mass production workers. He subsequently developed an interest in right-wing thought, especially that of the European New Right, and wrote a key book on that subject in English: New Culture, New Right: Anti-Liberalism in Postmodern Europe (Bloomington, Ind., 1stBooks, 2004).

O'Meara's Toward The White Republic was the first book published by Counter Currents (San Francisco, 2010).

A second edition of New Culture, New Right was published in 2013 by Arktos (London).

His latest work is Guillaume Faye and the Battle of Europe (London: Arktos, 2013).