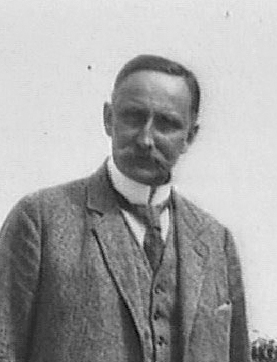 Karl Haushofer (27 August 1869 - 13 March 1946) was a German army officer, political geographer, and leading proponent of geopolitics. This was an academic discipline prominent in the period between the two World Wars, but later fell in disrepute because of its identification with claimed atrocities by National Socialist Germany. This despite that Haushofer was never a member of the NSDAP, that he and relatives were at times imprisoned, that he stressed that Germany and the Soviet Union needed to be allies, and that he was married to a half-Jewish woman.

In 1945, his son Albrecht, a professor of geopolitics at the University of Berlin and implicated in the July 20 plot, was executed by the Gestapo.

After Germany’s defeat, when Haushofer was investigated by the Allies for alleged war crimes, he and his wife committed suicide.

Part of this article consists of modified text from Wikipedia, and the article is therefore licensed under GFDL.
Retrieved from "http://en.metapedia.org/m/index.php?title=Karl_Haushofer&oldid=452631"
Categories: