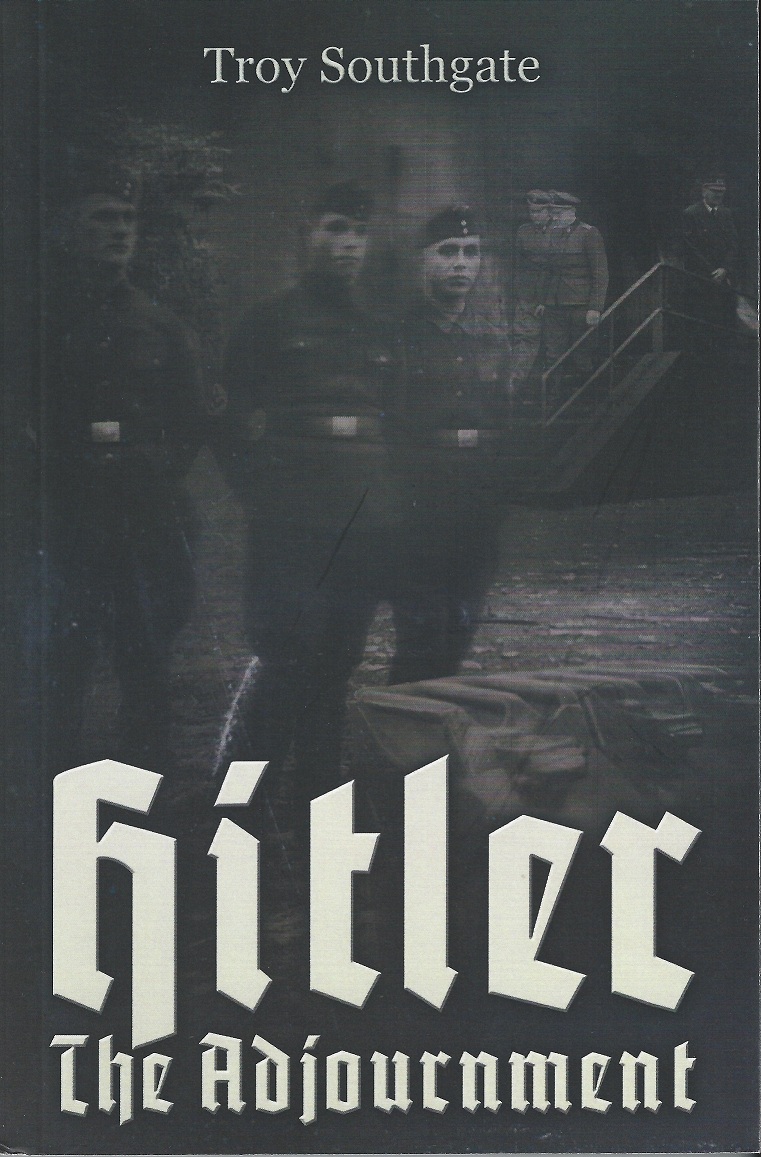 Hitler: The Adjournment is a 2010 alternative history novel by Troy Southgate.

"APRIL 30th, 1945. Walpurgisnacht. Somewhere behind a heavy steel door, a tiny sitting room of claustrophobic proportions found itself caught in time. Frozen forever like a scene in a microscopic theatre, poised to stage one of the most incredible and penultimate dramas in world history. It was perfect. The attention to detail was clinical and their SS bodyguard, Otto Günsche, had prepared everything just as they had asked him to. Günsche, a handsome man with a well-groomed mop of light blonde hair, was widely renowned for his unquestioning loyalty to the National-Socialist cause. He was also extremely tough and had the strength of several men. 'I m sorry it has to end like this, mein Führer', he said. But imagine for one moment what would have happened to Adolf Hitler if he had not perished in the bunker alongside his loyal mistress, Eva Braun. Where would he have gone? What kind of life would he have led? Would it really have been feasible for him to conceal his identity and get away with it?

Troy Southgate's wonderful and exciting first novel is a dark and brooding narrative, full of drama and suspense. The author explores the more sensitive and quintessentially human aspects of Hitler's personality in light of the inextricable links he has with his own recent past."