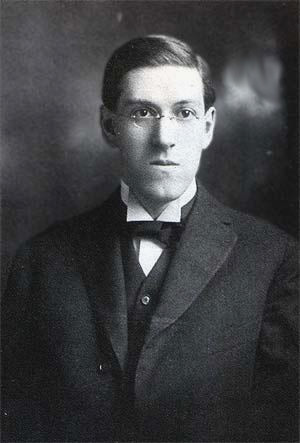 His Cthulhu Mythos series of stories describe ordinary New Englanders’ encounters with horrific beings of extraterrestrial origin. The name Cthulhu derives from the central creature in Lovecraft's short story "The Call of Cthulhu". The Cthulhu Mythos has also become a shared fictional universe.

Race is a controversial aspect of Lovecraft's fiction and life, expressed in negative views on non-Anglo-Saxon races and cultures and support for segregation. Some have interpreted this as being more cultural than genetic, with Lovecraft, especially later in his life, expressing more positive views on those who adopted Western culture, even to the extent of marrying a Jewish woman whom he viewed as "well assimilated."

The World Fantasy Award used a statue of Lovecraft as the award trophy until 2015, changing it due to complaints.

Another controversial aspect is his view on the Western civilization being in decline, influenced by Oswald Spengler.

Part of this article consists of modified text from Wikipedia, and the article is therefore licensed under GFDL.
Retrieved from "http://en.metapedia.org/m/index.php?title=H._P._Lovecraft&oldid=451297"
Categories: