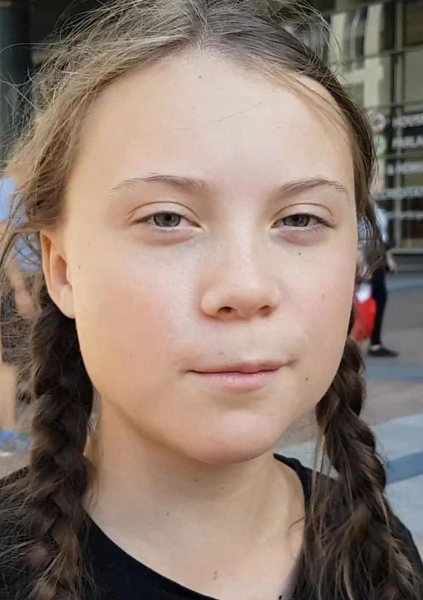 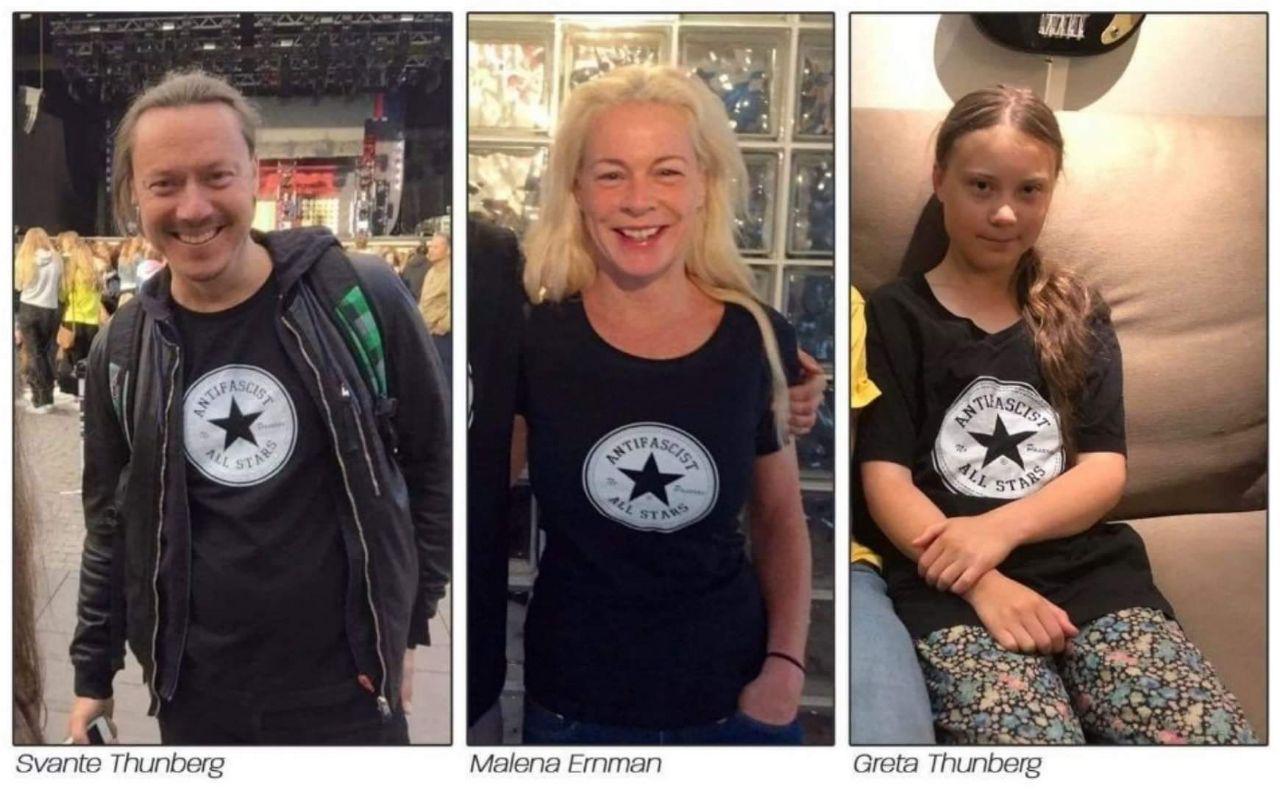 Greta Thunberg (born 3 January 2003) is a Swedish climate activist. Thunberg became known in August 2018 when she sat outside the Swedish Parliament with a sign reading Skolstrejk för klimatet (School strike for climate).

She is the daughter of opera singer Malena Ernman and actor Svante Thunberg. She is said to have autism, Asperger's syndrome, obsessive-compulsive disorder and selective mutism.

In January 2019 at World Economic Forum in Davos, Thunberg said that all people should feel the same daily "fear" (over the climate) as she does.[1]

Thunberg posed in an anti-fascist T-shirt on Instagram, the photo was removed after it was noticed that it is the same shirt that Antifa and other left-wing extremist organizations market. Her parents have also posed with the same T-shirt.[2][3]