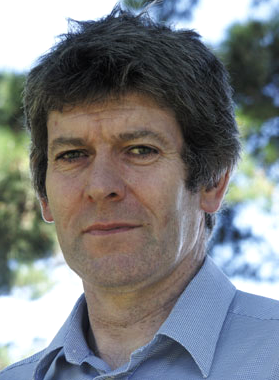 Dr Frank Ellis is a British academic who worked as a lecturer at the University of Leeds, until he was suspended for intellectually contradicting the ideology of the Frankfurt School. A far-left political campaign was launched against him after he had stated that he accepted the evidence presented in best-selling book The Bell Curve. Ellis has authored various anti-communist books and regards his position as a Powellite and a High Tory. He has promoted solidarity with American Renaissance, an advocacy group which supports European Americans.

Dr. Frank Ellis was suspended from his post as a lecturer in Russian and Slavonic studies at the University of Leeds, after stating in an interview with the Leeds Student that the Bell Curve theory "has demonstrated to me beyond any reasonable doubt there is a persistent gap in average black and white average intelligence".[1][2] He was supported by the BNP, but said that the party was "a bit too socialist" for his liking and described himself as "an unrepentant Powellite" who would support "humane" repatriation.[3]

Hanif Leylabi who has worked for the UAF in London launched the campaign to sack Ellis. He authored a polemical piece against Ellis for far-left Trotskyite group the Socialist Workers Party. In the article in which Leylabi was suggesting that Ellis should be sacked for holding politically incorrect views, he stated "We have received messages of support from a wide range of different groups on campus including the Jewish Society and the Afro-Caribbean Society along with the full backing of Leeds University union, reflecting the breadth of our campaign."[4]

Eventually, Ellis was suspended by the Vice-Chancellor, Michael Arthur, pending disciplinary proceedings. The university issued a media release stating that it was investigating an alleged "breach of its diversity policy" and that his heretical intellectual views contradicted the Race Relations (Amendment) Act 2000 legislature to which the university was forced to conform.[5] Dr Ellis took early retirement in June 2006, pre-empting the outcome of the disciplinary action.[6]

In 2001 Ellis's 48 page booklet The Macpherson Report: 'Anti-racist' hysteria and the Sovietization of the United Kingdom was published by Right Now Press Ltd and was roundly attacked by the liberal-left media, despite the fact that the Report had been attacked by others including Robert Ayling, Deputy Chief Constable of Kent,[7] and His Honour Judge Patrick Hooton.[8]

On the 16 June 2012 Ellis was the guest-of-honour at the Traditional Britain Group's Enoch Powell Centenary Dinner at London's East India Club, where his after-dinner speech received a standing ovation.[9]