Ernst August Krag (b. 20 February 1915 in Erbenheim, since 1928 a part of Wiesbaden; d. 24 May 1994 in Niedernhausen near Wiesbaden) was a German officer of the SS, at last SS-Sturmbannführer (Major) of the Waffen-SS and recipient of the Knight's Cross of the Iron Cross with Oak Leaves in WWII. After the war he was a succesful businessman and member of the Association of Knight's Cross Recipients. 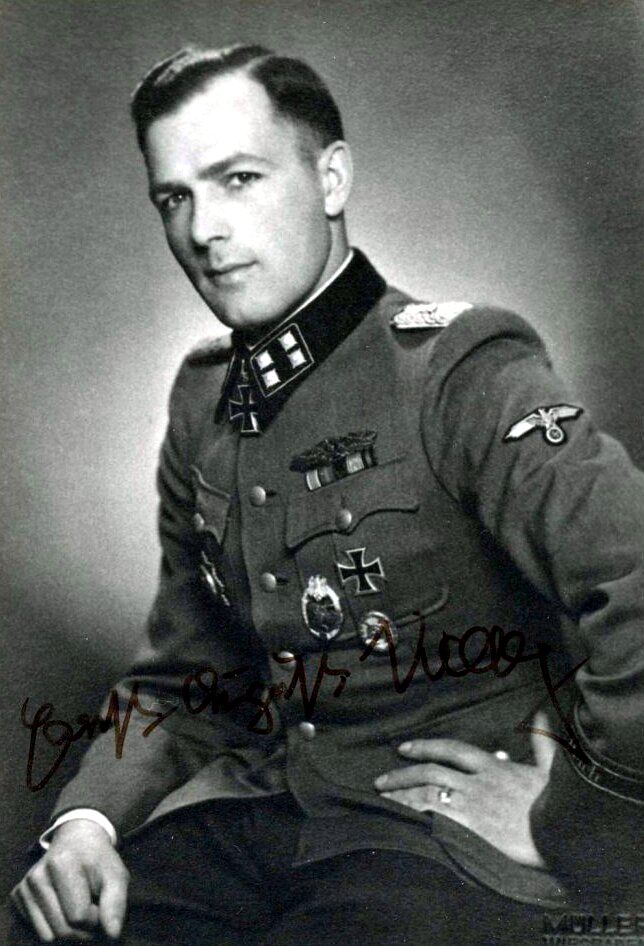 Krag joined the SS-Verfügungstruppe in 1935 and was assigned to the 5th Company (Sturm) of the SS-Standarte "Germania". In 1937, he volunteered for Fallschirmjäger training at the Luftwaffe school at Stendal, following which he returned to the division, was transfered in May 1938 to the 9th Sturm/SS-Standarte "Der Führer" and was promoted to SS-Unterscharführer. He was then selected for officer training and posted to the SS-Junkerschule at Bad Tolz from November 1938 to 22 August 1939. After some additional training at the artillery school at Jüterbog, Krag was posted as battery commander in Artillerie-Regiment SS-Division „Reich“ .

In 1940, Krag was the adjutant for the 1st Battalion under Herbert Otto Gille and fought during the Battle of France. Since June 1941 he led the 5th battery of the regiment in Russia, in fall 1941 SS-Obersturmführer Krag became adjutant of the regiment. In December 1941 he became commander of the 3rd company/SS-Aufklärungs-Abteilung 2 (reconnaissance). In November 1942 he became commander of the 2nd company/SS-Sturmgeschütz-Abteilung 2, in February 1943 he overtook the 1st battery.

Krag took temporary command of the Sturmgeschutz Battalion in August 1943, and his command was later made permanent. In late July 1944, he was transferred to command the 2nd SS Panzer Reconnaissance Battalion of Das Reich, which he led through the Battle of Normandy and later, the Battle of the Bulge. He was awarded the Knight's Cross and the only Oakleaves awarded to a member of the reconnaissance battalion during his period in command of it.[1]

From mid-February 1945 he led his battalion in Hungary and at the end of the war he was taken prisoner by the US-Americans in the Linz area, from which he was released in January 1948