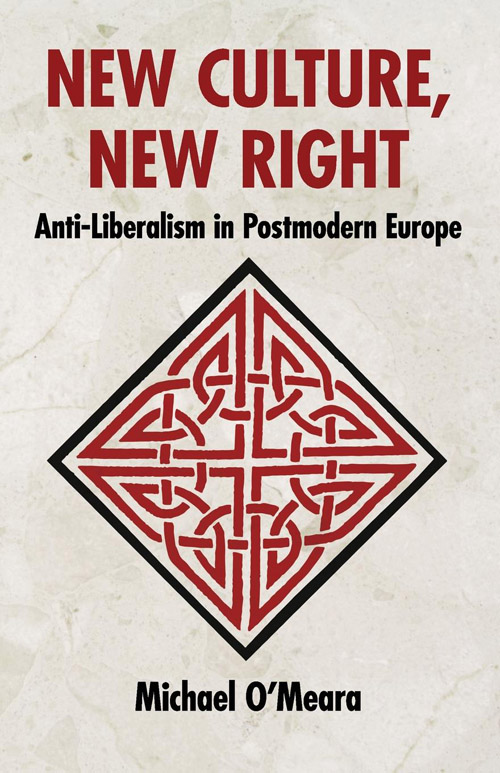 "New Culture, New Right is the first English-language study of the identitarian movements presently reshaping the contours of European politics. The study’s focus is Alain de Benoist’s GRECE (Groupement de Recherche et d’Etude pour la Civilisation Européenne), which Paul Piccone of Telos described as the most interesting group of continental thinkers since the existentialists of the 1950s and which elsewhere is seen as the leading school of contemporary Right-wing thought. Made up of veterans from various nationalist, traditionalist, far Right, and regionalist movements, the GRECE began as an association of French intellectuals committed to restoring the crumbling cultural foundations of European life and identity. Due to the quality of its publications and its philosophically persuasive reformulation of the Right project, it attracted an immediate audience. By the late 1970s it had recruited an impressive array of Continental thinkers to its ranks. In Italy, Germany, Belgium, and a number of other European countries, there have since emerged organizations and publishing concerns either directly linked to the Paris-based GRECE or involved in analogous endeavors.

As a result of these diffusions, GRECE-style identitarianism has come to form the chief ideological alternative to the regnant liberalism. The European New Right to which the GRECE gave birth is new, however, not in the modernist sense of being novel, but in the traditionalist sense of reappropriating an origin whose meaningful possibilities remain open for realization. Such a revolutionary return to Europe’s roots has never seemed so urgent. After a half century under the liberal-democratic regimes imposed by the United States in 1945, Europeans now face extinction as a race and a culture. In opposition to the ethnocidal forces of the American Occupation and its European collaborators, New Rightists appeal to the primordial in their people’s heritage, aiming to awake a spirit of resistance and renaissance in them. The result, as documented in this introduction to their ideas, is one of the most formidable critiques ever made of the liberal project.

Michael O’Meara, Ph.D., studied social theory at the Ècoles des Hautes Etudes en Sciences Sociales, and modern European history at the University of California. He is the author of Guillaume Faye and the Battle of Europe (2013), also published by Arktos."[1]