Day of the Sword 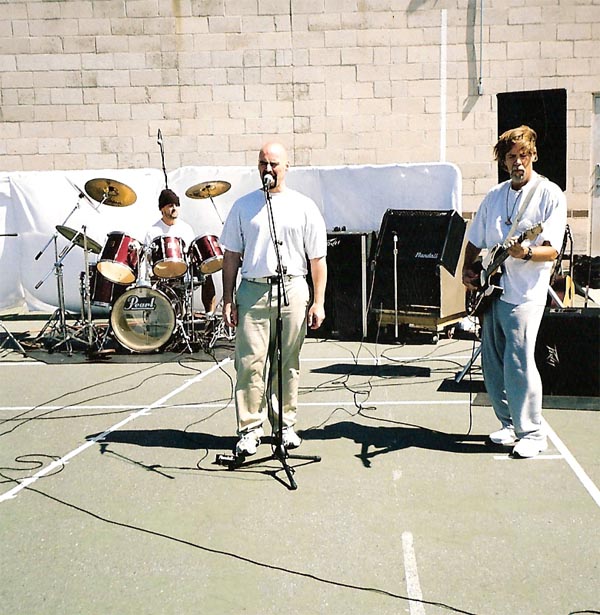 Scott and one of his prison bands

Day of the Sword is a racial identity band formed in Philadelphia, Pennsylvania in March 1995 by Scott Stedeford, Michael Brescia, and Kevin McCarthy; the band was originally called Break the Sword. The band was involved with the Aryan Republican Army, who committed over twenty bank robberies across the Midwest states to secure funds for a White Revolution.

Scott Stedeford wrote all of the band's music and was also its drummer and organizer. He enlisted the help of Micheal and Kevin to play on the albums, excluding the LP Ear to Ear, upon which Scott did everything apart from the vocals on two of the tracks. Stedeford produced and recorded the band's self-titled album, Day of the Sword. As of date, Day of the Sword has yet to play any live concerts.