Contra Ataque 88 is a RAC/Oi! band from Uruguay.

The band was formed in late 2009 to revive the RAC scene in Uruguay and rise the skinhead scene, which although it's not too big, It has grown a lot this last time after some problems with Legión Negra and Orgullo Skinhead Uruguay. That same year they recorded their first demo and in 2010, the band crossed the borders to play with other great bands Rioplatenses: Muerte y Calaveras, Borcegasso and Battaglione. This concert marked the international debut of CA88.

The band influences are the great bands in Latin America and Spain: Estirpe Imperial, Batallón de Castigo, Nüremberg, Muerte y Calaveras and Ultrasur. The first demo, released in late 2009 condenses the musical style that features the band, indeterminate, but with clear influences of Hardcore, Oi! and RAC.

The demo of 2009 that was published on the website comply with the philosophy of the band that fits into not generate a financial reward through music, but on the contrary, the goal is to spread the message and share the music with the comrades. Following this path was also published new material of 2009 under the title "Ensayos y Rarezas 2009", where including covers of Banqueros Usureros (Legión Negra), Clara (División 250) and Acoso Sexual (Bostonazos Oi!). Currently the band is working on new draft for launch this same year: "Contra el Sistema". This album, also widely available, will include new songs. It also plans, by the band, its distribution in the form of mini-cd. 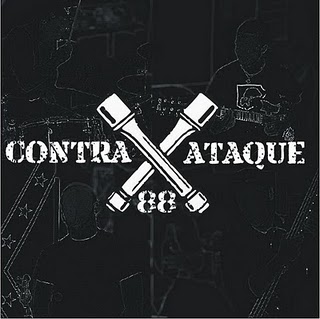