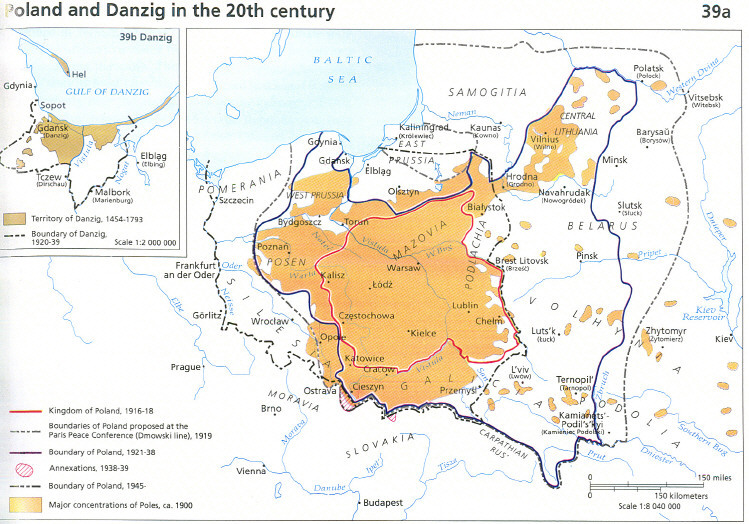 Map showing the Polish population circa 1900, including those who immigrated into other lands, such as West Prussia.

Congress Poland was the Russian Kingdom of Poland created in 1815 by the Congress of Vienna as to some extent an semi-autonomous state. Thereafter, the King of Poland became one of the Tsar of Russia's many titles. It was established in ethnically Polish territory in the Russian Empire, which covered largely the old Dukedom of Mazovia. It has been argued that, with the exception of the Prussian province of Posen, the Kingdom's borders came the closest to an ethnic Poland (if including Mazovia).

In 1915, during World War I, the Russians were driven out of Congress Poland by the Central Powers who replaced it with a Regency Kingdom of Poland under the German Imperial Crown (see map).