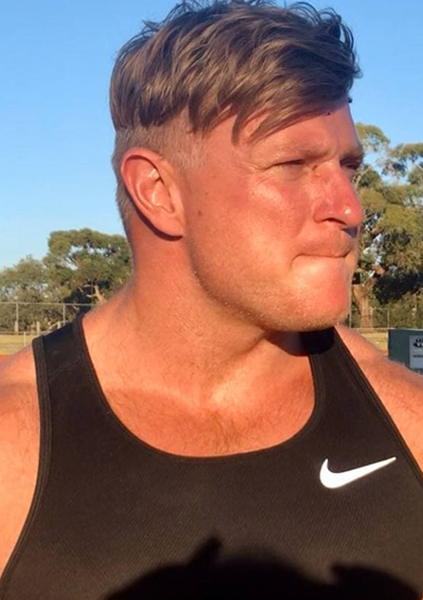 Blair Cottrell (born 1989) is an Australian nationalist and carpenter. He is the former chairman and founding member of the United Patriots Front (UPF).

In 2017, Blair Cottrell was convicted for hate speech offences; receiving a criminal conviction for inciting the contempt and ridicule of Muslims over a skit committed in 2015 by himself and other members of the UPF, they had enacted and made a video of a fake beheading, in order to protest against the building of a mosque in Bendigo. Each was fined $2,000.[1] Cottrell lodged an appeal, applying for his case to be heard in the High Court of Australia and arguing that he had been charged under an "invalid law". This was thrown out in February 2019, and he tried to have the matter heard in the Supreme Court of Victoria. The county court dismissed Cottrell's appeal in December 2019.[2]

In August 2018, Sky News Australia was criticised for providing a platform to Cottrell in a one-on-one discussion about immigration. Several people at Sky News took offence at his appearance on the program. Sky News commentator and former Labor Party minister Craig Emerson resigned in protest after the interview was broadcast, saying that the decision to give Cottrell a platform on Sky was "another step in a journey to normalising racism & bigotry in our country".[3]

Part of this article consists of modified text from Wikipedia, and the article is therefore licensed under GFDL.
Retrieved from "http://en.metapedia.org/m/index.php?title=Blair_Cottrell&oldid=463465"
Categories: