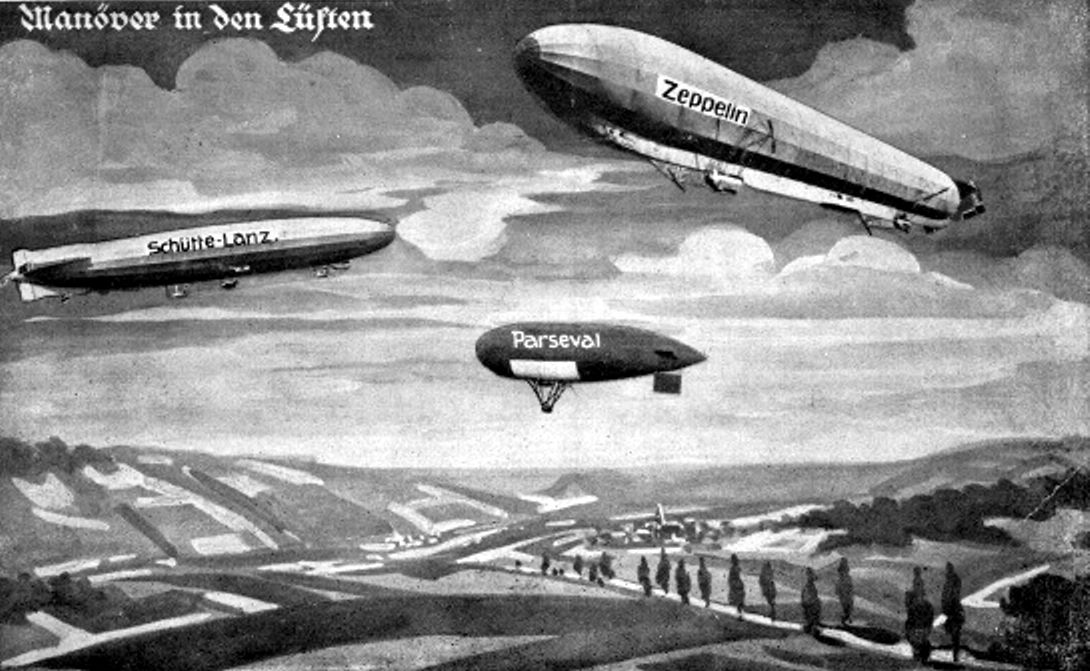 An airship or dirigible is an aerostat or "lighter-than-air aircraft" that can be steered and propelled through the air using rudders and propellers or other thrust types. Unlike other aerodynamic aircraft such as fixed-wing aircraft and helicopters, which produce lift by moving a wing, or airfoil, through the air, aerostatic aircraft, such as airships and hot air balloons, stay aloft by filling a large cavity, such as a balloon, with a lifting gas.

The main types of airship are non-rigid (or blimps), semi-rigid and rigid. Blimps are small airships without internal skeletons. Semi-rigid airships are slightly larger and have some form of internal support such as a fixed keel. Rigid airships with full skeletons, such as the huge Zeppelin transoceanic models, all but disappeared after several high-profile catastrophic accidents during the mid-20th century.

Airships were the first aircraft to enable controlled, powered flight, and were widely used before the 1940s, but their use decreased over time as their capabilities were surpassed by those of airplanes. Their decline continued with a series of high-profile accidents, including the 1937 burning of the hydrogen-filled LZ 129 Hindenburg (Luftschiff Zeppelin 129 „Hindenburg“) near Lakehurst, New Jersey.

Airships are still used today in certain niche applications, such as advertising, tourism, camera platforms for sporting events, and aerial observation and interdiction platforms, where the ability to hover in one place for an extended period outweighs the need for speed and maneuverability.