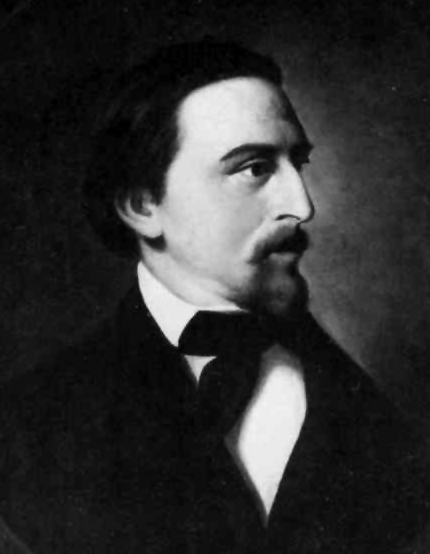 Wilhelm Marr (1819 – 1904) was the first to use the term anti-Semitism, but not using it in the more recent derogatory sense, using it to refer to his own views.[1]

Marr was initially a far leftist who participated in the Revolutions of 1848. However, after spending some time in the Americas, his views changed dramatically, notably on race issues.

He is known for his anti-Semitism and his 1879 bestseller The Victory of Judaism over Germanism: Viewed from a Nonreligious Point of View. He claimed that gentiles and Jews had been engaged in a long-term conflict that Jews were winning, citing, for example, effects of Jewish emancipation.

Leftist Wikipedia tries to imply that the text supported extermination and was influenced by social Darwinism, neither of which is mentioned, with the text instead being deeply pessimistic and seeing the conflict as already being lost.

Also in 1879, he created the short-lived "Antisemiten-Liga" ("League of Antisemites") that supported a Jewish expulsion. He had little later influence.

The 1986 book Wilhelm Marr: The Patriarch of Anti-Semitism by Moshe Zimmermann claims to include a "'surprising, never-before-published "Testament of an Anti-Semite," written at the end of his life when he finally turned his back on the movement he helped to create."[2]

After it has invaded Russia’s offices and agencies the same way it did ours, then the collapse of our Western society will begin in earnest openly and in Jewish fashion. The “last hour” of doomed Europa will strike at the latest in 100 to 150 years, since events develop more rapidly now, than they did in past centuries.[1979-2029]
—Wilhelm Marr, The Victory of Judaism over Germanism: Viewed from a Nonreligious Point of View, 1879.[3]