From Metapedia
(Redirected from Wagner)
Jump to: navigation, search 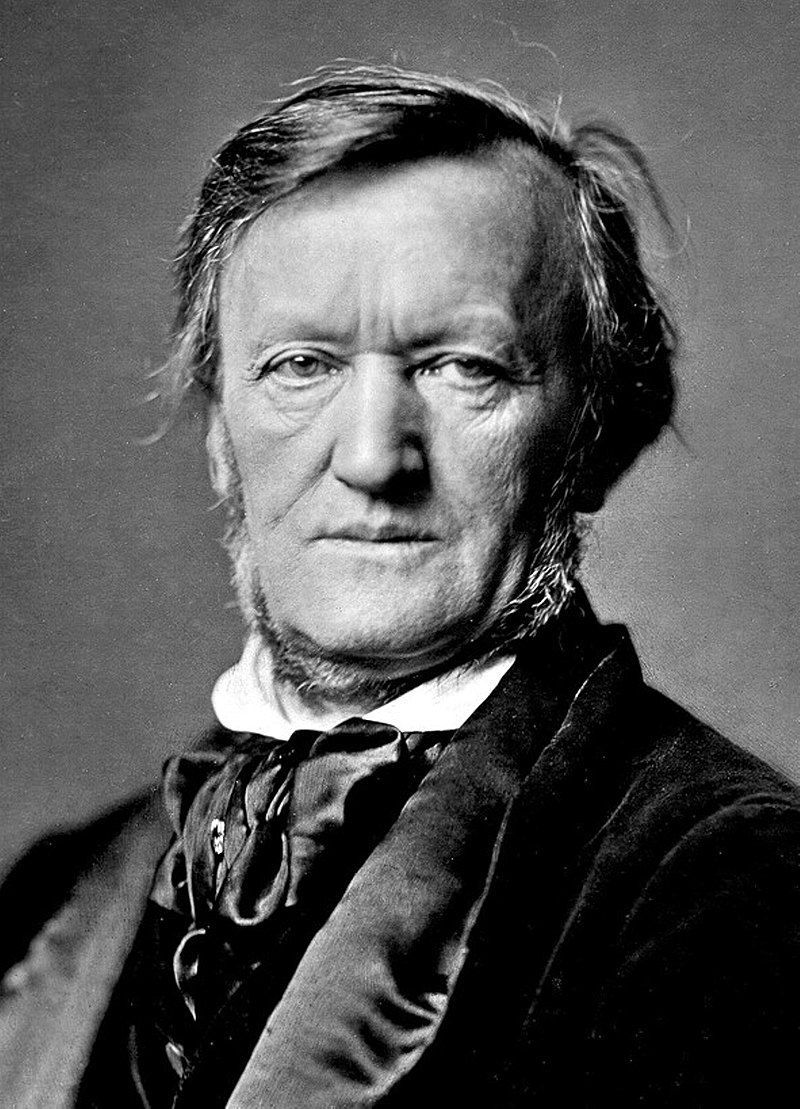 Wilhelm Richard Wagner (22 May 1813, Leipzig, Germany – 13 February 1883) was a famous German composer - sometimes referred to as "The Master" - a conductor, director, and writer, who is known for his operas that were often influenced by German mythology and Romantic nationalism. His principal patron was King Ludwig II of Bavaria.

Wagner is also known for his political views and other controversies.

Wagner's first wife was the actress Christine Wilhelmine "Minna" Planer. The two married in Tragheim Church, Königsberg, on 24 November 1836. The marriage was tempestuous and she deserted Wagner 6 months later. Later in 1837 they resumed relations. By 1839, the couple had amassed such large debts that they fled Riga, where Wagner had been Music Director of the Opera since June 1837, on the run from creditors. They then went by sea to London, giving Wagner the inspiration for his opera The Flying Dutchman.

Debts would plague Wagner for most of his life.

In September 1839 they moved to Paris until 1842, when they removed to Dresden, where Wagner began to mix in significant artistic circles. However he now also dabbled in socialist politics and played a minor role in the 1848-9 revolutions. Warrants were issued for the arrest of all the revolutionaries. The Wagners fled, first to Paris and then Zürich where they at first took refuge with Wagner's friend, Alexander Müller. Wagner spent the next twelve years in exile from Germany. Meanwhile he wrote to his friend Franz Liszt asking help to have his opera Lohengrin performed. Liszt conducted the premiere in Weimar in August 1850, during Wagner's absence. Among the conducting engagements that Wagner undertook for revenue during this period, he gave several concerts in 1855 with the Philharmonic Society of London, including one before Queen Victoria. The Queen enjoyed his Tannhäuser overture, and spoke with Wagner after the concert, writing of him in her diary that he was "short, very quiet, wears spectacles & has a very finely-developed forehead, a hooked nose & projecting chin."

Wagner had at least two amorous affairs while in Switzerland, the best known with Mathilde Wesendonck. Wagner's uneasy affair with Mathilde collapsed in 1858, when his wife Minna intercepted a letter to Mathilde from him. After the resulting confrontation with Minna, Wagner left Zürich alone, bound for Venice, where he rented an apartment in the Palazzo Giustinian, while Minna returned to Germany. In November 1859, Wagner once again moved to Paris to oversee production of a new revision of Tannhäuser, staged thanks to the efforts of Princess Pauline von Metternich, whose husband was the Austrian ambassador in Paris. For French political reasons this performance was a disaster. Meanwhile, he sought a reconciliation with Minna during this Paris visit, and although she joined him there, the reunion was not successful and they again parted from each other when Wagner left for Germany in 1862, his ban being lifted. Wagner continued to give financial support to her while she lived in Dresden until her death on 25 January 1866 from a heart attack.

Meanwhile, Wagner had begun another affair (which produced a child) with Cosima, daughter of Franz Liszt and wife of conductor Hans von Bülow. Several times she asked him to grant her a divorce, but von Bülow refused. He consented only after she had two more children with Wagner: another daughter, named Eva (who later married Houston Stewart Chamberlain), after the heroine of Meistersinger, and a son Siegfried, named after the hero of the Ring. (Siegfried would marry Winifred Williams.) The divorce was finally sanctioned by a Berlin court on 18 July 1870 and Richard and Cosima's wedding took place on August 25th. On Christmas Day that year, Wagner arranged a surprise performance (its premiere) of the Siegfried Idyll for Cosima's birthday. The marriage to Cosima lasted to the end of Wagner's life.

Wagner is controversial for his criticisms of Jewish influence in the arts; his later perceived influence on National Socialism (such as on the concept of "degenerate art"), his racial views, his links to Arthur de Gobineau, and the claimed covert anti-Semitic allusions in his artistic works, and alleged mental illness, are common assertions, sometimes fantasies, by his enemies, almost universally on the Liberal-Left, and the Jewish establishment.

After the Bayreuth Festival, during which Wagner conducted, he and his family journeyed to Venice for the winter of 1882-3. There Wagner suffered a heart attack and died, on 13 February 1883 at Ca' Vendramin Calergi, a 16th-century palazzo on the Grand Canal. The legend that the attack was prompted by argument with Cosima over Wagner's supposedly amorous interest in the singer Carrie Pringle, who had been a flower-maiden in Parsifal at Bayreuth, is said to be without foundation. After a funerary gondola bore Wagner's remains along Venice's Grand Canal, his body was taken back to Germany where it was buried in the garden of his home, the Villa Wahnfried, in Bayreuth. Cosima would not die until April 1930.