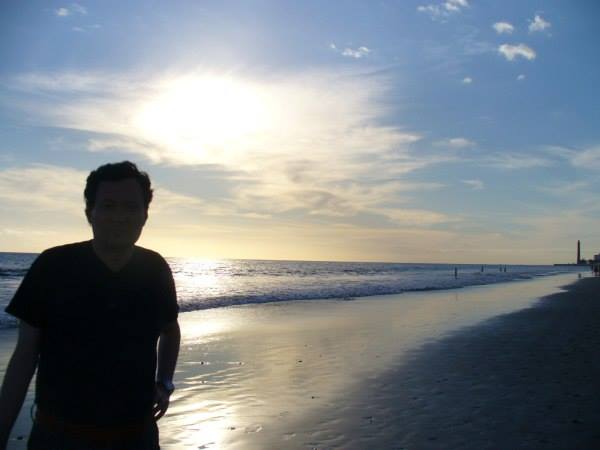 It’s me in Gran Canaria (Spain), an island off Africa where sometimes the wind carries the sand of the Sahara desert so atomized that it looks like mist...

"Equality is a slogan based on envy."

"None are more hopelessly inferior

than those who insist on being equal."

We hold these truths to be self-evident: that men and cultures are created un-equal. All men are unequal—nowhere in the natural world (and Man is part of Nature) is anything equal. Equality does not exist in Nature; equality only exists in the abstract world of mathematics and in the minds of delusional, liberal whites.

Alas, when non-liberal whites do what every other group on the planet is not only allowed to do but actively encouraged to do—advocate for its interests—it is called "supremacism" and "hate". This hypocrisy and absurdity is staggering.

In what deranged liberals call a "white supremacist" world, whites in fact are being denied freedom of speech and association. Pro-whites who go public are fired in the US or jailed in Europe.

Regarding (((Wikipedia)))'s policy of "reliable sources", it has become a customary procedure for the System to relegate free thinkers and would-be heretics and their literary or scientific achievements to marginal outlets, such as self-publishing, that are very similar to those used by dissidents in the ex-Soviet Union.

Finally, when years ago I edited articles in Wikipedia I was unaware that the current zeitgeist was destroying our civilisation and the Aryan race through mass immigration into the West. So I moved on, to Metapedia and private blogging.