The Initiate: Journal of Traditional studies was a journal for academic research attached to fields such as tradition and Traditionalism published bi-annually. It was started by Integral Tradition Publishing in 2008 with David J. Wingfield as editor and published in cooperation with Insula Sacra, while the second and final edition was published by Arktos. It chronicled a broad spectre of subjects, among others history, metaphysics, folklore, myths and comparative religion. 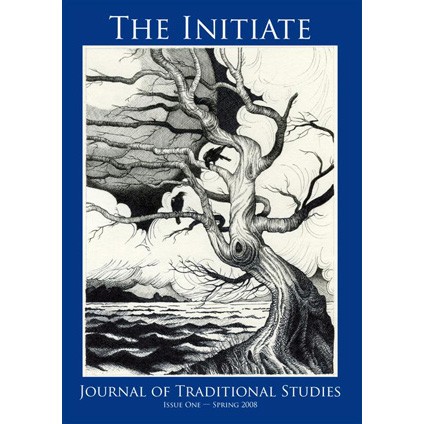 "Is Traditionalism to be understood as a cultural movement, a primarily political concern or an antiquarian interest in social anthropology, linguistics or crafts? Is the exclusive focus of some identitarian and New Right groups on 'metapolitics', or cultural struggle bringing about the brave birth of a new culture from within, a tacit realisation of their profound political impotence?

What is a Traditionalist stance on the pressing concerns of our age in the West: immigration, the Muslim Question, capitalism, alienation from the land, biotechnology, the welfare state, Europeanism and Nationalism and so on? What do self-styled '(Radical) Traditionalists', '(Revolutionary) Conservatives', 'National Anarchists', 'Nationalists', 'Third Positionists', 'Odinists', 'New Rightists', 'Identitarians', etc., have in common, if anything, beyond a general opposition to modernity? Are these coherent positions, and to what extent do they overlap, complement or contradict each other?

In the course of its life, The Initiate aims to field these questions, strip them, debate them, and maybe, just maybe, find some resolution."[1] 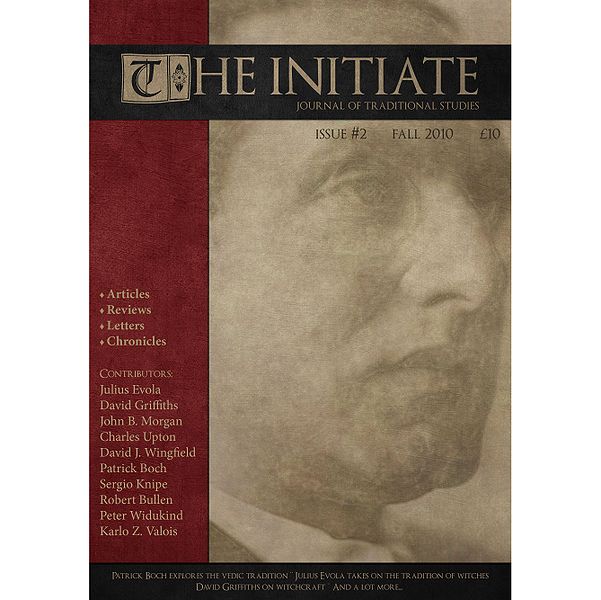 In the description of the journal publisher Arktos writes:

The Initiate is a journal which offers a forum for serious writing on traditionalism, spirituality, and related topics, seeking to restore something of the lost wisdom of our ancestors to the modern world.

This greatly expanded second issue features essays by Sergio Knipe discussing ideas of cyclical history in ancient Egyptian myth; Robert Bullen on the re-emergence of the monastic lifestyle; Charles Upton comparing the Sufi philosophy of Frithjof Schuon and Javad Nurbakhsh; David Griffith on the reality versus the mythology of European withcraft; Julius Evola, in a previously untranslated essay, on his meeting with Gerald Gardner, the founder of Wicca; Peter Widukind on the mystical power of music; and Karlo Valois on the lifestyle of the modern warrior, as well as music and book reviews, and letters to the editor in response to our first issue.

This second issue more than doubles in size the amount of material contained in the first, and much more care was put into the quality of its editing and production. It also focuses more on the inner, as opposed to the outward, political struggle against the modern world. Profusely illustrated, it will provide much nourishment for the soul starving in the parched landscape of a secularised and disenchanted world.[2]