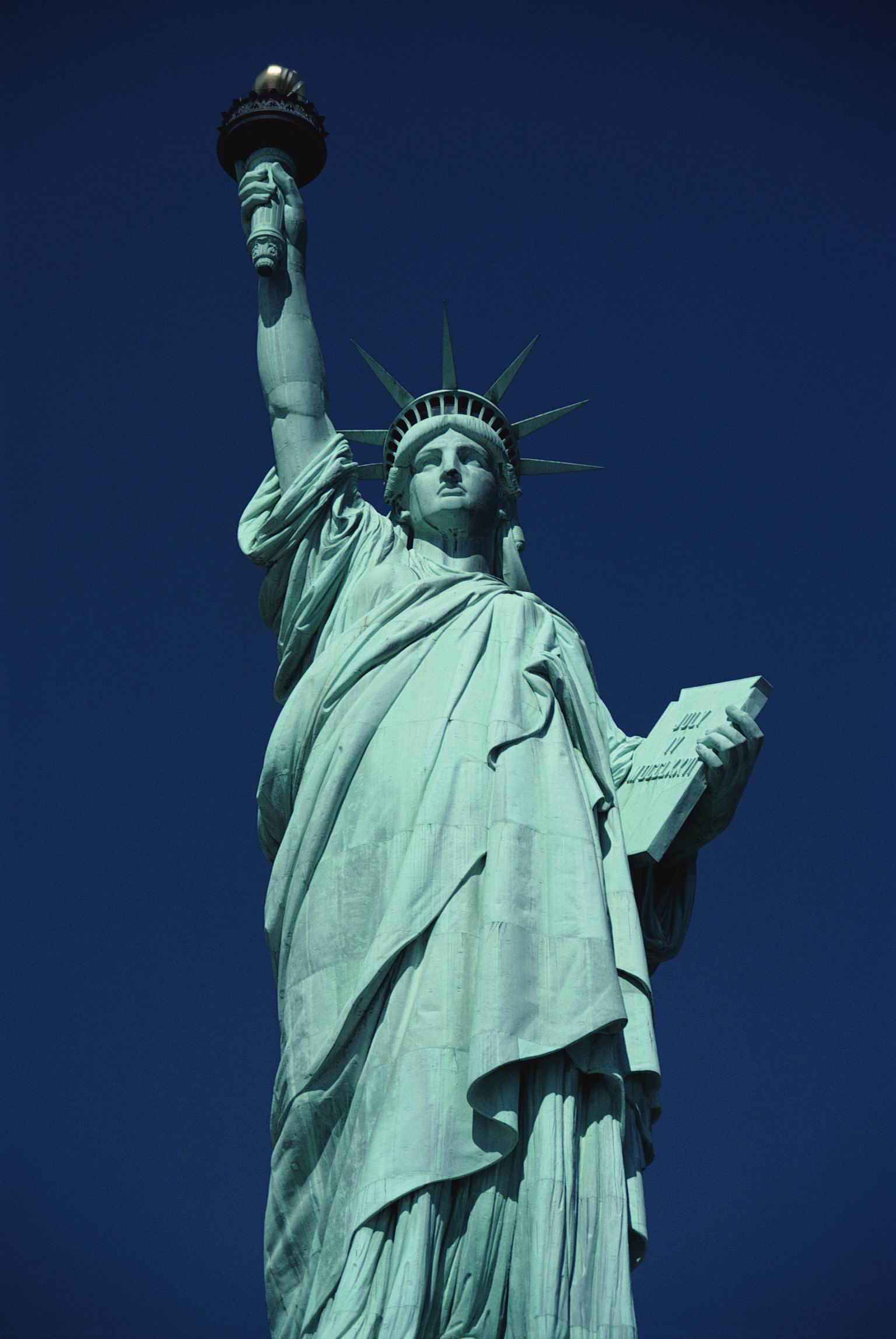 The Statue of Liberty, officially Liberty Enlightening the World, is a statue on Liberty Island, New York Bay, United States. The statue represents a woman holding a torch and a tablet stating the date of the Declaration of Independence (4 July 4 1776). It was created in France to commemorate the friendship of the peoples of the United States and France.

The statue is near Ellis Island, once a major immigration station.