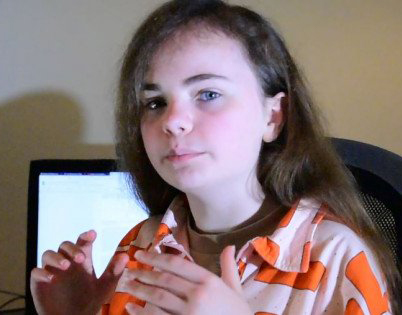 Sophia "Soph" (born 2004), formerly known as LtCorbis, is an American political commentator. She started in 2015, her content focused on satirical commentary around popular YouTube figures as well as her personal life. Over time, her content become more political.

In 2019 she was accused of racism, Islamophobia and homophobia by the jew Joseph Bernstein of BuzzFeed News. He wrote an article on Soph titled "YouTube’s Newest Far-Right, Foul-Mouthed, Red-Pilling Star Is A 14-Year-Old Girl".[1]

On July 31, 2019, Soph uploaded a video titled "Pride and Prejudice", addressing the sexualization of minors such as Desmond is Amazing at pride parades, as well as the Sex Education curriculum at elementary schools in California.