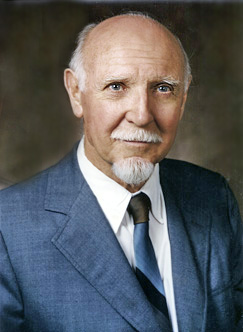 Raymond Bernard Cattell (20 March 1905 – 2 February 1998) was a British and American psychologist, known for his psychometric research into intrapersonal psychological structure.

Cattell authored, co-authored, or edited almost 60 scholarly books, more than 500 research articles, and over 30 standardized psychometric tests, questionnaires, and rating scales. According to a widely cited ranking, Cattell was the 16th most eminent, 7th most cited in the scientific journal literature, and among the most productive psychologists of the 20th century.

He was a eugenicist.

In 1994, Cattell was one of the signatories on "Mainstream Science on Intelligence", which rejected certain politically correct claims during The Bell Curve debate.

Part of this article consists of modified text from Wikipedia, and the article is therefore licensed under GFDL.
Retrieved from "http://en.metapedia.org/m/index.php?title=Raymond_Cattell&oldid=444680"
Categories: