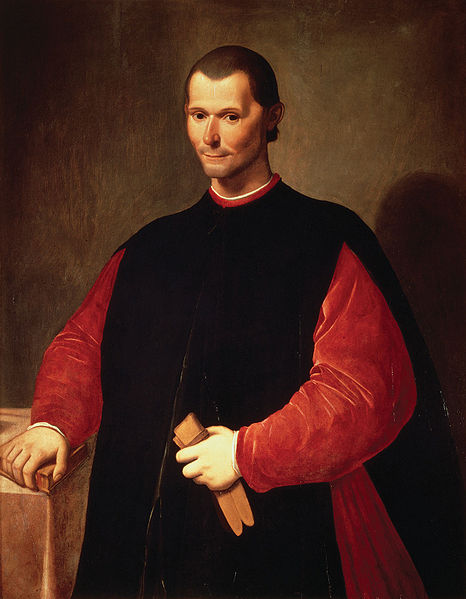 Niccolò Machiavelli (1469 – 1527) was an Italian Renaissance philosopher, politician, and senior official of the Florentine republic.

His most known work, The Prince (Il Principe), has given him a reputation as an immoral cynic. According to the Oxford English Dictionary, the adjective "Machiavellian" has come to mean “cunning, scheming, and unscrupulous, especially in politics”.

Various influential persons have been claimed to have read and to have been influenced by the book.

There have been theories that Machiavelli had concealed purposes with the book, such as giving despots deliberately bad advice, exposing duplicitous methods used by despots, and/or to make democracy look like a better political system.