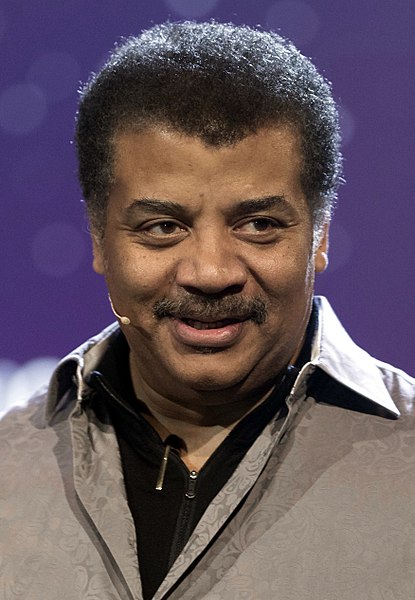 Neil deGrasse Tyson is a American astrophysicist, planetary scientist, author, and science communicator. His father is African-American, his mother is of Puerto Rican descent, but he is often described as Black or African-American.

He has been involved in various mass media, such as hosting television shows on National Geographic and PBS. Tyson himself has stated that one aim of the mass media appearances is to undermine stereotypes regarding Blacks. He is claimed to be one of the most visible and known scientists in the world.

In 2018, there were accusations of sexual misconduct made against Tyson by four women.

Part of this article consists of modified text from Wikipedia, and the article is therefore licensed under GFDL.
Retrieved from "http://en.metapedia.org/m/index.php?title=Neil_deGrasse_Tyson&oldid=453375"
Categories: