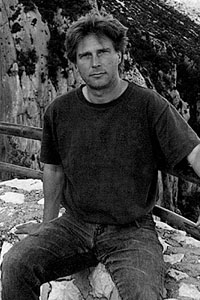 Lars Holger Holm, born in Stockholm, Sweden in 1957, is a Swedish author, violinist since the age of seven and a well-known cultural critic in his native Sweden. He was for many years the radio host of a program on classical music at the Swedish radio station P2. Holm has earlier written for among other the newspapers and magazines Svenska Dagbladet and Samtidsmagasinet Salt. He is fluent in six languages - Swedish, Danish, French, English, German and Italian. He has published many books both in Swedish and English at publisher Arktos. Holm has for several years lived as what he calls a "cultural refugee" abroad due to what he sees as a nearly totalitarian Swedish debate climate marked by a political correctness that affects the entire society, something he has been a strong critic of through his many books and articles written from a high cultural North-European perspective.