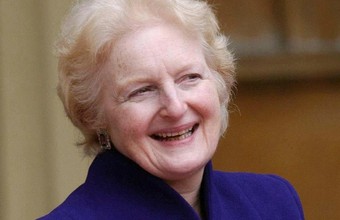 Julia Babette Sarah Neuberger, (born 27 February 1950; née Julia Schwab) was made a life peer in June 2004 becoming "Baroness Neuberger" in order to manoeuvre her into the British House of Lords[1]. She is President of West Central Liberal Synagogue and president of the Liberal Judaism movement since January 2007 and from 1992 to 1997 Neuberger had Chair of Camden and Islington Community Health Services NHS Trust[1]. In January 2013, Neuberger was appointed as Chair of an Independent Review of the Liverpool Care Pathway, but the impartiality of the appointment has been criticised by families of the slain, due to her previous endorsement of murder via the pathway written by Dr John Ellershaw, Medical Director of the Marie Curie Palliative Care Institute in Liverpool, in a 2003 BMJ article:, and her widely publicised support of the Marie Curie Institute[1].