From Metapedia
(Redirected from Jesuits)
Jump to: navigation, search 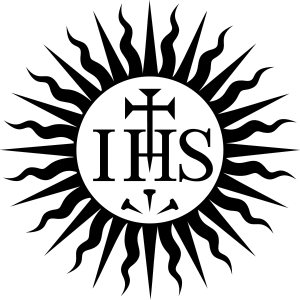 The Society of Jesus is a religious order of the Catholic Church. The members are called Jesuits.

The organization was founded in 1540 by Ignatius of Loyola, a former solider, and the members of the society, comparing themselves to soldiers, were supposed to accept orders anywhere in the world, where they might be required to live in extreme conditions.

The order has been regarded by many as the principal agent of the Counter-Reformation.

In the 1960s, the Jesuit superior general refocused the order with “a preferential option for the poor” and the Jesuits became associated with liberation theology.[1]

The current pope, Pope Francis, is the first Jesuit pope.

The "Jesuit Refugee Service" (JRS) is a Jesuit pro-"refugee" organization, founded in 1980, also lobbying for extending refugee privileges to larger groups. In 2019, the Jesuit Superior General called all Jesuits to "renewed commitment" to the Jesuit Refugee Service in accord with the Jesuits' newly promulgated apostolic preferences, endorsed by Pope Francis.

Part of this article consists of modified text from Wikipedia, and the article is therefore licensed under GFDL.
Retrieved from "http://en.metapedia.org/m/index.php?title=Society_of_Jesus&oldid=451458"
Categories: