From Metapedia
(Redirected from Heterophobic)
Jump to: navigation, search

Heterosexuality is the natural or common human attraction (romantically and physically) to people of the opposite sex, a man and a woman being the nuclear family (heteronormativity). 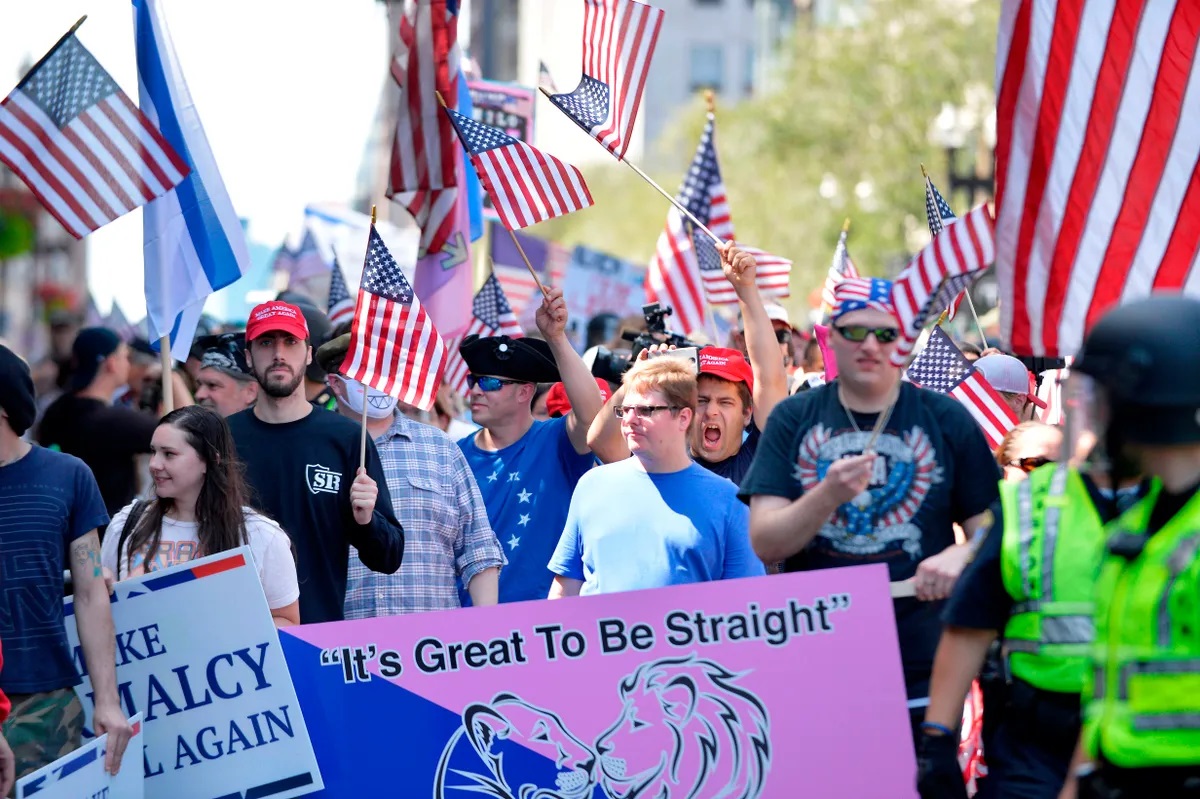 In 1868, in a private letter, Austrian journalist Karl Maria Benkert/Kertbeny defined the terms "heterosexual" and "homosexual" (as the German words Homosexual, Heterosexual, but also Monosexual in contrast to bisexuality). In the first years of the twentieth century heterosexual and homosexual were still obscure medical terms, not yet standard English. Heterophobia (German: Heterophobie) ist irrational fear of, aversion to, or discrimination against heterosexual people, especially from LGBT circles.

In 1923, "heterosexuality" made its debut in Merriam Webster's authoritative New International Dictionary. "Homosexuality" had, surprisingly, made its debut fourteen years earlier, in 1909, defined as a medical term meaning "morbid sexual passion for one of the same sex." The advertising of a diseased homosexuality preceded the publicizing of a sick heterosexuality. For in 1923 Webster's defined "heterosexuality" as a "Med." term meaning "morbid sexual passion for one of the opposite sex." Only in 1934 does "heterosexuality" first appear in Webster's hefty Second Edition Unabridged defined in what is still the dominant modern mode. There, heterosexuality is finally a "manifestation of sexual passion for one of the opposite sex; normal sexuality." Heterosexuality had finally attained the status of norm. In the same 1934 Webster's"homosexuality" had changed as well. It's simply "eroticism for one of the same sex." Both terms' medical origins are no longer cited. Heterosexuality and homosexuality had settled into standard American. In 1924, in The New York Times, heterosexuality first became a love that dared to speak its name. On September 7 of that year the word "hetero-sexual" made its first known appearance in The New York Times Book Review significantly, in a comment on Sigmund Freud. [...] By 1941, the glossary of a book about "sex variants" said that "straight" is being employed by homosexuals as meaning not homosexual. To go straight is to cease homosexual practices and to indulge--usually to reindulge--in heterosexuality. [...] Between the 1890s and the 1960s the terms heterosexual and homosexual moved into American popular culture, constructing in time a sexual solid citizen and a perverted unstable alien, a sensual insider and a lascivious outlaw, a hetero center and a homo margin, a hetero majority and a homo minority. – Jonathan Ned Katz, gay writer and historian, 1995