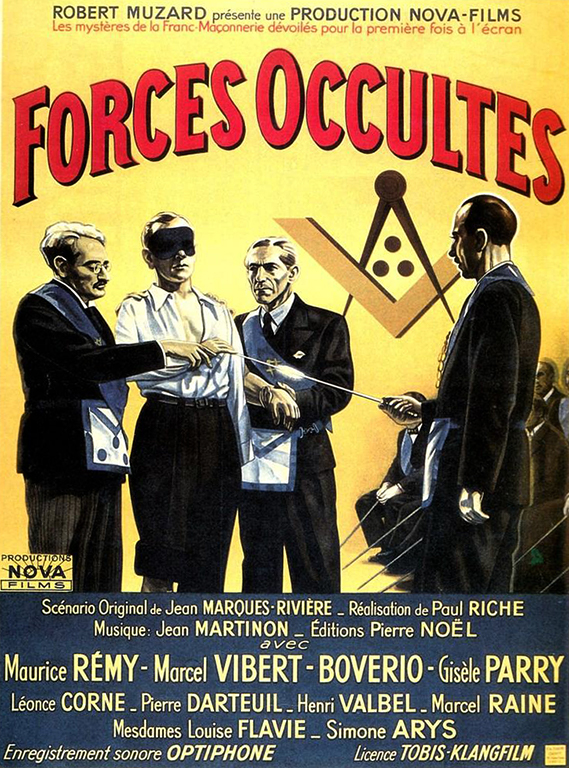 Forces occultes (Occult Forces - subtitled The mysteries of Freemasonry unveiled for the first time on the screen) is a French film of 1943, which deals with the essence of Freemasonry. The film tells the story of the politician Pierre Avenel, who holds a open critical speech before the French Parliament, that a secret society determines the country's policy. He enters the secret society, but is more and more horrified about their machinations.

The film was commissioned in 1942 by the Propaganda Abteilung, a delegation of National Socialist Germany's propaganda ministry within occupied France by the ex-Mason Jean Mamy. Mamy, who also appeared under the pseudonym Paul Riche, was director of the film.