From Metapedia
(Redirected from Elizabeth II of the United Kingdom)
Jump to: navigation, search 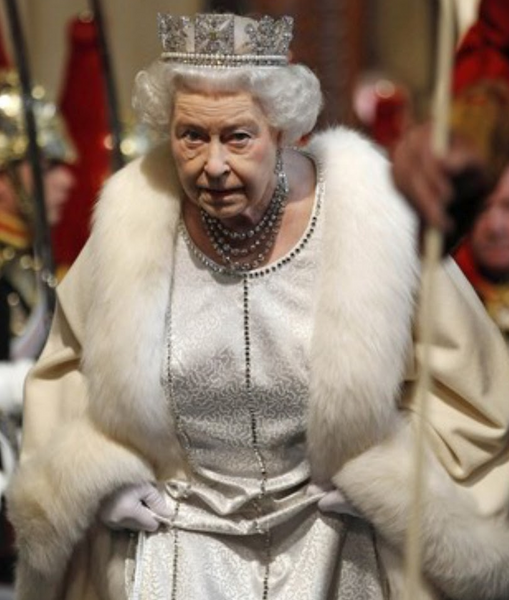 Elisabeth II is the Queen of the United Kingdom and many other countries formerly part of the British Empire. Born in Bruton Street, Mayfair, London, on April 21, 1926, she succeeded the throne after her father passed away in 1952, and was crowned the following year. She has been married to Prince Philip since 1947 and they have four children. In her paternal line she descends from the House of Saxe-Coburg-Gotha (in turn a branch of the ancient House of Wettin). They changed their surname to Windsor during The Great War.