From Metapedia
(Redirected from Sedevacantists)
Jump to: navigation, search 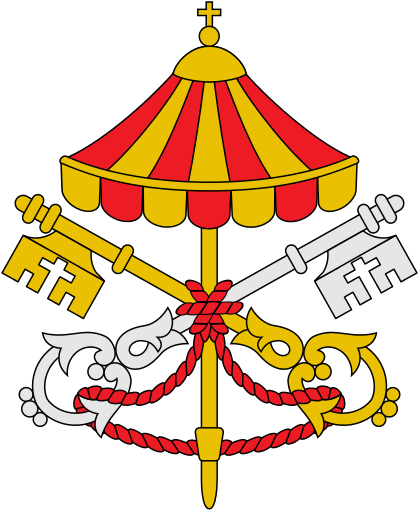 The coat of arms officialy used by the Holy See during the time in between the death or renunciation of a pope until a new pope is elected.

Sedevacantism (from Latin "sede vacante" meaning "the seat being vacant") is a position supported by some traditional Catholics, who are critical of the Second Vatican Council and the Vatican II Church and who see the position of pope as vacant since the council, with the commonly recognized popes being antipopes. Most proponents of this view regard this vacancy to have been in place since 1958 until the present time, however, a minority of sedevacantists regard Angelo Roncalli as a real pope.

The Orthodox Church also adhere to their own species of sedevacantism in regards to the See of Rome, in that they regard the position of Patriarch of Rome and All the West to have been one of the members of the pentarchy which formed the Church until the Great Schism in 1054. Since that time, the Orthodox have not set up a rival Greek Patriarch for the See of Rome, but regard the Ecumencial Patriarch of Constantinople, the New Rome, to now have the position of precidence once held by Old Rome until the schism.