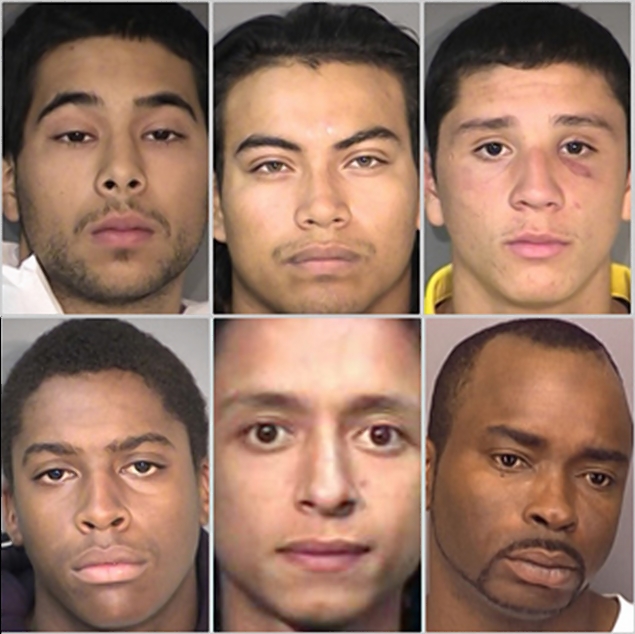 The 2009 Richmond High School gang rape occurred on 24 October 2009 in Richmond, San Francisco Bay in California. A crowd of 20 or more Black and Mexican males laughed and took photographs and videos of the inhuman attack. In 2011, the West Contra Costa Unified School District and a joint powers authority agreed to pay $4 million to settle a civil claim by the victim. Her lawyer said she had relocated.

A 15-year-old White Presbyterian honor student of Richmond High School, waiting for her father to pick her up from a school dance, was gang raped repeatedly by a group of young males in a courtyard on the school campus while a homecoming dance was being held in the gymnasium. She was continuously beaten and raped for 2½ hours, at times with a 'foreign object'. They also poured alcohol down her throat. Test results showed she had an almost fatal blood alcohol level.

She tried to run way and fought back, trying to kick one of her attackers and was beaten unconscious. Her face was very badly bruised, a witness said, her face was "purple and blue." They also stole her jewelry. The girl was in such bad shape when the police found her, they called for a helicopter to fly her to the hospital.

"They had her down on the bench and the bitch tried to kick 'Tweak' (one of the men) in the nuts," said one young man... "He went off on her, started hitting her, and then it was on. They pulled a train (gang-rape) on her."[1]

As many as 20 witnesses are believed to have been aware of the attack, but for more than two hours no one notified the police. A bystander described the assault:

"They were kicking her in her head and they were beating her up, robbing her and ripping her clothes off; it's something you can't get out your mind. I saw people, like, dehumanizing her; I saw some pretty crazy stuff. She was pretty quiet; I thought she was like dead for a minute but then I saw her moving around. I feel like I could have done something but I don't feel like I have any responsibility for anything that happened ."

Only 2 % of the Richmond High School population was White and two female friends of the victim have stated that the school is very unsafe.[2]

The student, identified only as Jane Doe, took the stand at the Contra Costa Superior Court in Martinez, California. According to the San Francisco Chronicle, Doe testified that she remembers leaving the Oct. 24, 2009 dance at Richmond High School with a headache, but wanted to get a good night's sleep for church the next morning. Police said that Doe had been brutally raped by several men, who also kicked her in the stomach, urinated on her, and left her in a state of undress. She told the court she woke the next morning in a hospital bed in immense pain, and suffers hip pain and memory loss to this day. "I felt very nauseous, as if someone had taken out my insides and stabbed them and put them back in," Doe said, according to the Contra Costa Times.

A state appeals court in San Francisco on Wednesday upheld the convictions and lengthy prison sentences of two men in the brutal gang rape and beating of a 16-year-old girl outside a Richmond High School homecoming dance in 2009. Jose Montano and Marcelles Peter were among six men convicted in the attack and were the only two to go to trial; four others pleaded guilty. Montano and Peter were each convicted in Contra Costa County Superior Court in 2013 of forcible rape in concert, forcible sexual penetration in concert and forcible oral copulation with a special allegation of causing great bodily injury. Montano was sentenced to 33 years to life in prison and Peter to 29 years to life. Co-defendants Manuel Ortega and Ari Morales pleaded guilty to similar charges and received prison terms of 32 and 27 years. Elvis Torrentes and John Crane were sentenced to six and three years in prison after pleading guilty to lesser charges. A three-judge panel of the state Court of Appeal unanimously rejected Montano's and Peter's claims of errors in jury instructions and other procedures in the case.[3]