From Metapedia
(Redirected from Octavian)
Jump to: navigation, search 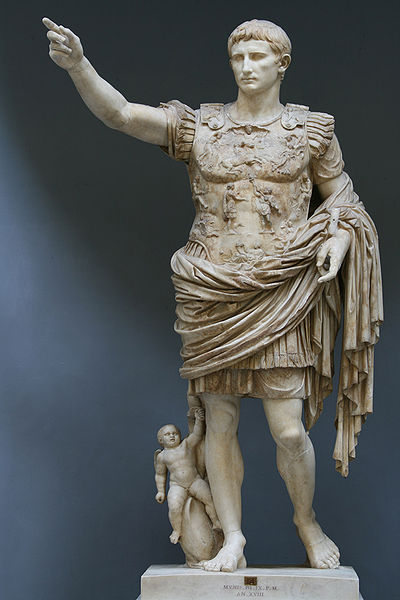 Augustus (63 BC — AD 14) or (until 27 BC) Octavian, original name Gaius Octavius, is often counted as the first Roman Emperor, although during the civil wars during the late Roman Republic, generals such as his adoptive father Julius Caesar had for a time autocratic powers.

During his rule, many new territories were added. However, when attempting to conquer Germania, three legions were destroyed at the Battle of the Teutoburg Forest in AD 9.

After Augustus, the borders of the Roman Empire were, with some exceptions, relatively stable and there was a long, relatively peaceful period, Pax Romana.