From Metapedia
(Redirected from Homologous chromosome)
Jump to: navigation, search 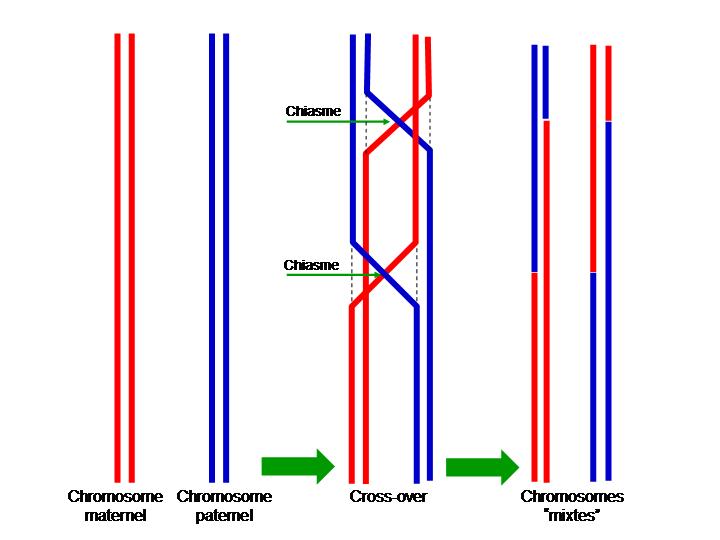 Homologous chromosomes are the pairs of chromosomes in a diploid organism. They are the chromosomes which pair during meiosis.[1]

The most important fact is that homologous chromosomes physically pair for meiosis, the cell division which produces the gametes. During this pairing, crossing over takes place between chromatids of each pair. This exchange of alleles means the offspring are not identical to each other, or to either parent. In other words, the process increases the genetic variation in the population.

Sex chromosomes only pair along those parts where there is similar genetic material (loci) on both members of the pair.

Part of this article consists of modified text from Wikipedia, and the article is therefore licensed under GFDL.
Retrieved from "http://en.metapedia.org/m/index.php?title=Homologous_chromosomes&oldid=414863"
Categories: