From Metapedia
(Redirected from Doctors' plot)
Jump to: navigation, search 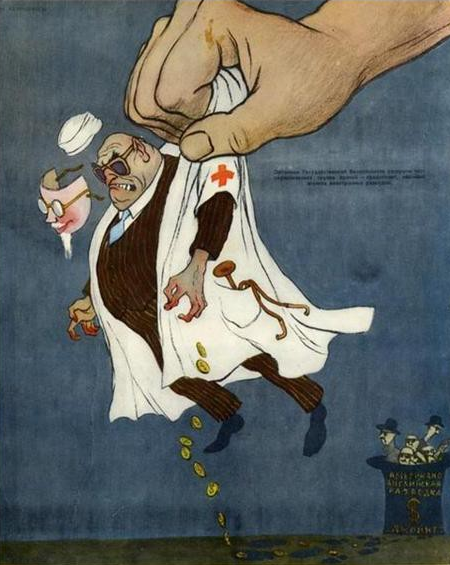 The Doctor's plot was an alleged plot by a group of predominantly Jewish doctors from Moscow, who were accused of a conspiracy to assassinate Soviet leaders. This was later accompanied by publications of anti-Semitic character in the media, which talked about the threats of Zionism and condemned people with Jewish surnames. Following this, many doctors, both Jews and non-Jews, were promptly dismissed from their jobs, arrested and tortured to produce admissions. The deportation of the entire Jewish population of the Soviet Union to the Gulag would have followed. There are claims of it being intended to launch of a massive purge of the Communist Party and even to consolidate the country for a future World War III. A few weeks after the death of Stalin, the new Soviet leadership said there was a lack of evidence and the case was dropped. Soon after, it was declared to have been fabricated.

Part of this article consists of modified text from Wikipedia, and the article is therefore licensed under GFDL.
Retrieved from "http://en.metapedia.org/m/index.php?title=Doctor%27s_plot&oldid=453187"
Categories: