From Metapedia
(Redirected from White Flight)
Jump to: navigation, search

White flight is a term for the migration of European peoples away from areas with non-European populations. It can refer to migration both inside a country and between countries. 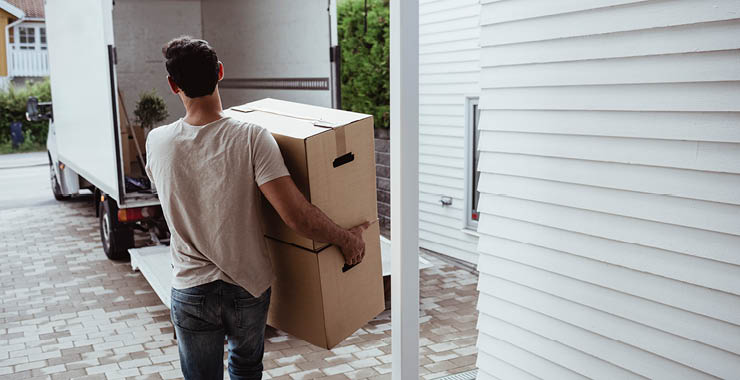 In the United States, large-scale White flight may have started with the mechanization of agriculture, which caused many blacks to move from southern rural districts to inner city areas. This was accompanied by a White migration to the suburbs. The patterns were strongest during the 1940s and the following decades. Studies have suggested that the White flight was caused by increased concentration of racial minorities and the poor, increased crime, and fiscal mismanagement. In some cases, those who migrated lived in all-White enclaves with little contact with the blacks in their immediate neighborhoods. These people may have been worried by changes in local politics caused by the changed electorate in the cities. During the 1960s and 1970s, desegregation of schools was another reason for leaving. Improved transportation due to road building and the automobile also contributed. A 2010 study found that each immigration of a black caused an emigration of 2.7 Whites.[1]

Another contributing cause to early black migration was the World Wars and military service, causing labor shortages in the North.[2]

"William Frey, a demographer at the Brookings Institution, is perhaps the leading expert on the increasingly regional nature of residential segregation. “In the past, people could move to a community five minutes away,” he explained. “Now, those communities aren’t very different from the places they are trying to get away from. So they have to move a much longer distance, even to another state. [...] When whites did not get out of Southern California entirely, they increasingly locked themselves in private, walled-off communities. During the early 1990s, an estimated one third of all new real estate developments in the area were gated, self-policing enclaves. Many Californians left the state entirely. [...] California used to be a magnet for Americans from other states, but no more. Even as immigrants poured in during the 1990s, the state lost more native-born Americans than it gained. Seventy percent of the people who left the state were white.[...] From the 1940s to the 1980s, rural America lost population, 1.4 million in the 1980s alone. Now it is gaining population. Between 1990 and 1995, there was net migration of more than 1.6 million people to rural areas and small towns. Most came from cities and suburbs, and almost all were white."[3]

Different mathematical models have been proposed to explain the patterns of racial/ethnic residential segregation and White flight. The "checkerboard model" is a spatial model which suggests that if there exists only modest average preferences for living with the own race/ethnicity, then this will in the end cause almost complete residential segregation – a "checkerboard" geographic pattern. The "tipping model" is a temporal model which suggests that if a disliked group in an area grows beyond a "tipping point", then this causes a relatively quick chain reaction which causes almost all of the other group to leave the area. Those most strongly objecting leave first, but this then makes the situation more difficult for those remaining, who therefore also leave after a while. It has been argued that the models can be combined.[4]

See the article on Detroit on an often mentioned example of White flight.

"During the civil rights era, churches made a passionately moral case for integration, but they have not practiced what they preached. Unlike schools or businesses, which must follow civil rights laws, congregations gather voluntarily, entirely free of government control. As a result, churches are some of the most racially exclusive institutions in the country. According to one study, nearly 95 percent of American churches have congregations that are at least 80 percent one race or ethnic group. A different study found this to be true of 96.5 percent of congregations."[3]

"There is a tendency to separation in retirement homes as well. Charlene Well, assistant administrator at Glen Elston Nursing and Rehabilitation Center in Chicago, explained that she groups Hispanic and Polish residents separately because “you have to create an environment they’re used to living in.”"

Even in "integrated schools", the different races self-segregate. "If a school has only a few minority students they have no choice but to mix with the majority. “When you get larger minority populations, they reach a size where you can have a viable single-race community,” explained James Moody of Ohio State University, who studies school integration. “At that point, students find enough friends within their own race and don’t tend to make cross-racial friendships.”"[5]

A 2006 study found that the greater the education of White parents, the more likely they will remove their children from public schools as the percentage of black students increases. More-educated Whites also lived in more White neighborhoods than less-educated Whites.[6]

"At one time, “magnet schools” were supposed to solve the problem of white flight. The plan was to make urban public schools so attractive they would lure back whites who had fled to the suburbs. This policy has been an almost uniform failure, and Kansas City, Missouri, is only the most striking failure. A federal judge took over the school district in 1985, and imposed taxes to pay for the most grandiose public schools in America. Over the next 12 years, the city spent nearly $2 billion. Kansas City got 15 new schools with such things as an Olympic-sized swimming pool with an underwater viewing room, television and animation studios, a model United Nations with simultaneous interpreting equipment, a robotics lab, a planetarium, a mock court room with jury deliberation rooms, and field trips to Mexico and Senegal. A former Soviet Olympic fencing coach was recruited for a high school team. There was a $900,000 television campaign to alert whites to the remarkable new improvements. If white students were not on a bus route, the city sent taxis. It didn’t work. By 1997, when Kansas City finally gave up, it had the most extravagant schools in the country, but the percentage of white students was lower than ever and blacks’ scores had not budged."[5]

More generally, contrary to popular belief, spending per pupil is actually higher for black students than it is for White students.[7]

Regarding the motivations for the school desegregation, which was an important cause of White flight, one early view was that the US black-white measured IQ gap was caused by the segregated schools. Regarding this, see Race and intelligence: The genetics or not debate: Socioeconomic factors.

Regarding the expectation that the school desegregation and increased contact would improve race relations, see Contact hypothesis: Real-world applicability.

An NBA team owner in 2014 announced his intent to sell his controlling interest after an "offensive" email which stated that "When digging into why our season ticket base is so small, I was told it is because we can't get the 35-55 white males and corporations to buy season [tickets] and they are the primary [demographic] for season tickets around the league," he wrote in a message to other team executives back in August 2012. "My theory is that the black crowd scared away the whites and there are simply not enough affluent black fans to build a significant season ticket base."[8]

"Pop Warner football is a league for seven- to 14-year-olds. In 1993, the first black inner-city team joined the then all-suburban Bay State Conference. By 2005, there was only one suburban team left in the nine-team conference, and it appeared to be on its way out, too. Suburban teams were quitting en masse, citing “intimidating” rap music at games, unnecessary violence on the field, and questionable safety at some city-center playing fields. One black inner-city coach reportedly urged players to “go get some white [expletive]!” and another called a black on a suburban team a “traitor.” Black coaches said the mass defections to a reconstituted white league were “racism.”"[3]

"an increasing fragmentation among viewers of different races and ethnicities. [...] In a fragmented media environment with fewer hits, “If you can create a TV show that really resonates with a specific ethnic group, you can aggregate a large-enough audience within that group to make it a successful show” with help from social-media sharing".[9]

The very succesfull Hallmark Channel has been criticized for having many White heterosexual characters.[10][11] There seem to be no such criticisms regarding the many series and channels that target various non-White groups.

Other forms of White flight and self-segregation by different races

Whites have been argued to overstate their own personal contacts with Blacks. One reason for this may be virtue signalling. Another argued reason for this is "virtual integration", where people mistake what they see on politically correct TV with reality, such as by subconsciously mistaking "contacts" with blacks on TV with real-world contacts.[12]

White flight is not limited to the United States. An early example is Haiti, with many Whites fleeing a black slave revolution inspired by the French Revolution. In 1804, the remaining White population was killed in a genocide. Today Haiti, which still has an unusually high black percentage of the population for a country outside of Africa, is one of the world's poorest countries and the poorest in the Americas region.

In the United Kingdom, Britain's largest foreign visa consultancy firm released figures in 2007 stating that as many as 4,000 Britons per week were applying for foreign visas. Ten years earlier the figure was 300 per week. Almost all were young professionals and skilled workers in the age 20-40. Many cited as their reason the mass immigration and the burden it was placing on their communities and local authorities. The dearth of good schools, spiraling house prices, rising crime and tax increases were also driving people away.[13]

A 2016 report stated that, despite the mass immigration, White and minority groups in the UK were more isolated from each other than ever before and that racial segregation had risen 'strikingly' in just 10 years. White populations in towns and cities were dwindling at record levels and in extreme cases had halved in a decade.[14]

Another example is White flight (and East Asian flight) from Brazil in response to widespread crime. There is also widespread racial segregation regarding neighborhoods. This also applies to persons having similar incomes and also between blacks and mulattoes.[15] The South is My Country movement is one example of support for the independence of Brazil's southern, wealthier, and more White states. This can be seen as attempted White flight.[16]

The term has also been applied to the large-scale migrations of European people from Africa. One million Whites ("Pied-Noirs") left Algeria after the independence in 1962. After the independence of Angola and Mozambique, 95% of the Whites in both countries left. Kenya become independent in 1963. By the end of the decade, more than half the original White population of sixty thousand had left. The White population in Zimbabwe have dropped from 296,000 in 1975 to 30,000 in 2010.[17]

In 1959, before independence, there were around 90,000 Belgians in Belgian Congo. Most have left. In some cases they had to be evacuated by the Belgian military and a United Nations intervention force due to anti-White violence.[18]

According to a report from 2009, about 800,000 out of an earlier total population of 4 millions Whites had left South Africa since 1995. The primary driver was fear of crime. Other causes included attacks against White farmers, affirmative action programs, mismanagement of the energy sector that has caused rolling brownouts, and worries about corruption and autocratic political tendencies. Also many people from other racial groups were expressing a desire to leave. Since many of those who leave are highly educated, this has caused shortages of skilled personal and fear of long-term consequences.[19] South African organizations such as the Suidlanders expect a catastrophic situation in the near future for Whites as well as associated large-scale White flight.