The user Atlantid is a troll or vandal. 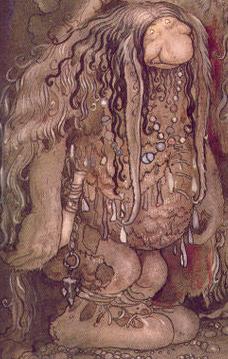 Atlantid made a long declaration here: [1]

In short, he claims to have gradually abandoned supporting race and that "Fixation with race has also deteriorated my mental health, since I suffer from various disorders".

Looking at his edits regarding race, many have been confusing and often damaging. Not sure to what degree this is caused by deliberate trolling, "mental health" problems, general ignorance regarding the subjects, or some combination of these factors.

Regardless, even if he was not a troll when starting editing Metapedia, he certainly was one at the end. He has inserted a lot material claiming that biological races exist but at the same that this have no political implications and that biological races are not involved in any really important characteristics. This is obviously actually race denialism. Even more strangely, he has made claims such that his own race denialism view is actually called "race realism" while dismissing IQ researchers such as Rushton and Lynn as "hereditarian" junk science. This despite for example Rushton calling himself a race realist. He also calls those with opposing views for "typologists" and "essentialists" despite no modern race researcher supporting the straw men views he attacks.

I will shortly be deleting or redirecting much of the confusing or deliberate trolling material he has inserted regarding race. Upplysning 21:41, 1 December 2014 (CET)

Atlantid has been accused of using at least hundreds of sock puppets to troll wikis and forums. One stated purpose is to attack user:Mikemikev. Possibly confusing the issue is that Atlantid has been accused of as a trolling method sometimes impersonating Mikemikev and sometimes even making (misleading) attacks on himself/herself. Atlantid may be an author of false or misleading statements on Metapedia on various wikis and forums.