The Suicide of Europe 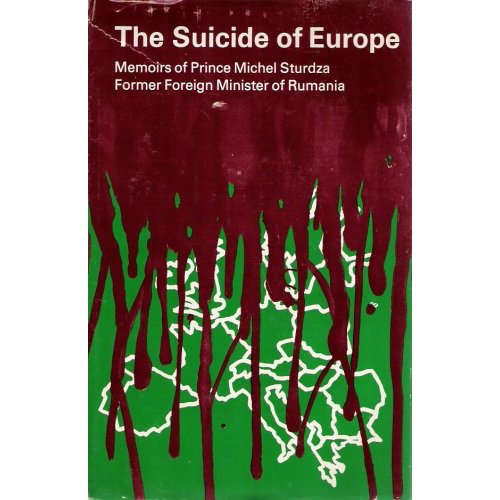 Cover of The Suicide of Europe

The Suicide of Europe: Memoirs of Prince Michel Sturdza, Former Foreign Minister of Rumania. is a 331 page book written by Michel Sturdza, a Romanian diplomat and nobleman who joined Codreanu's Legion of Michael the Archangel some time after it was formed. Sturdza had a long career as an ambassador throughout Western Europe, formed contacts in high circles of various governments, and observed various political developments in relation to Romania's Legionary Movement. He concluded, based on his observations, that powerful Jews and corrupt Gentiles joined with them connected across Europe and America had engaged in a conspiracy to destroy the Axis Nations.