From Metapedia
(Redirected from Jewess)
Jump to: navigation, search 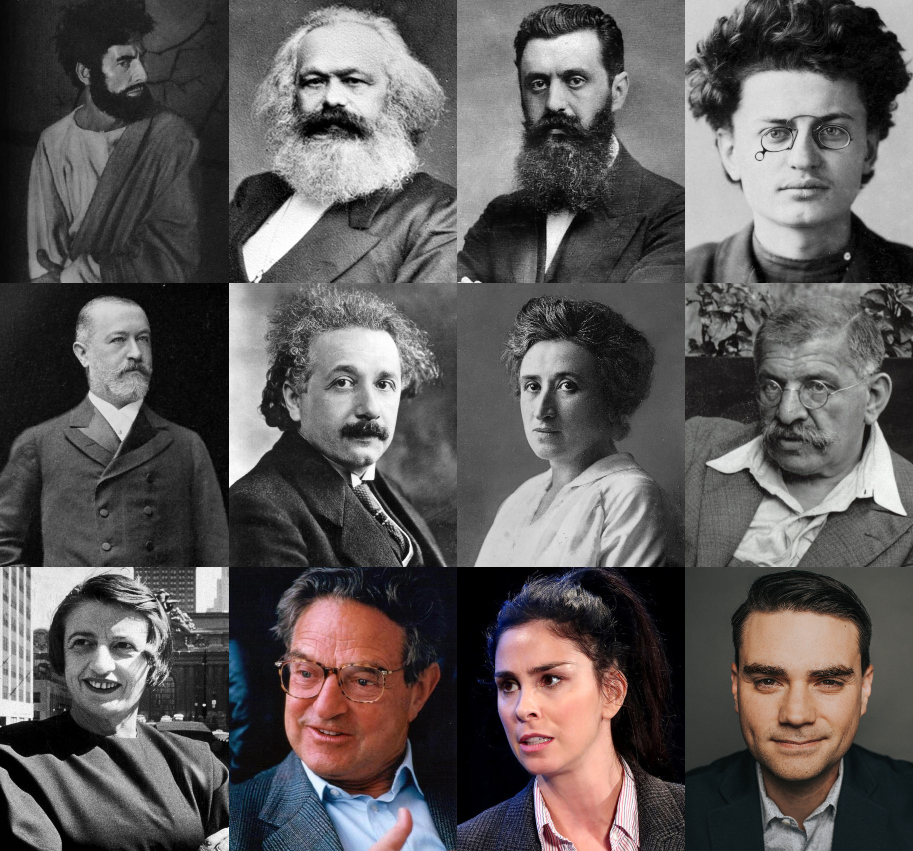 Jews are a Semitic people generally associated with the religion Judaism.

There are several controversial theories that argue that some groups of Jews do not descend from the historical Israelites of the ancient Middle East.

One is that the Ashkenazi Jews descend from the Khazars.[1] See also the Khazar theory.

More generally, Shlomo Sand has argued in the book The Invention of the Jewish People and elsewhere that many Jewish groups came about primarily through the religious conversion of local people.[2]

Many of the most prominent race denialists have been Jews. Regardless, other Jews have instead argued that genetic evidence supports that Jews are a race (excluding some groups such as the Ethiopian Jews, who do are argued to be converts). Jews are even argued to be one of the most genetically distinctive populations in the world due to Jewish endogamy (marrying within the group). At the same time, there has been some genetic exchange with surrounding non-Jewish group, which has contributed to Jewish group differences such as somewhat different physical appearance of different Jewish groups.[3]

Recently Jewish organizations and Israel have advocated the use or started to use genetic testing of Jewish genetic ancestry. This for purposes such as genetically deciding the degree of Jewish genetic ancestry of an individual in order to determine if the individual has the right to Israeli citizenship or not. This to prevent for example Russians without the right Jewish genetic ancestry (but who wants to emigrate to Israel and therefore claim that they are Jews) from becoming Israeli citizens. Such genetic testing is also thought to "“offer opportunities for connecting, engaging and strengthening the bonds of the Jewish people.” Another advocated purpose of such genetic testing is to find more persons outside Israel with a partial Jewish genetic ancestry since this is thought to "“expanded circle of individuals with some Jewish roots who feel an affinity and identification with the Jewish people and the State of Israel.” A criticism is that "This demand for DNA tests for immigrants to Israel contrasts dramatically with the demand for open borders made by all Jewish organizations in America and elsewhere."[4][5] Also, this is arguably at least implicit support for the existence of a Jewish race, the ability to identify this race through genetic testing, and the existence of ethnic nepotism.

Jews are divided into several different groups such as:

95% of all Jews outside of Israel have been stated to be Ashkenazi Jews.[6]

There is a small group of Ethiopian Jews who have been argued to face discrimination within Israel and sterilization attempts.[7][8][9]

The Jewish influence in Western nations has been described as extremely large as demonstrated by, for example, almost half of the 40 wealthiest Americans being Jewish and all major Hollywood studios having Jewish top executives.[6][10]

Several controversial ideologies, movements, and societal changes have been argued to be created by, heavily influenced by, or otherwise associated with Jews.