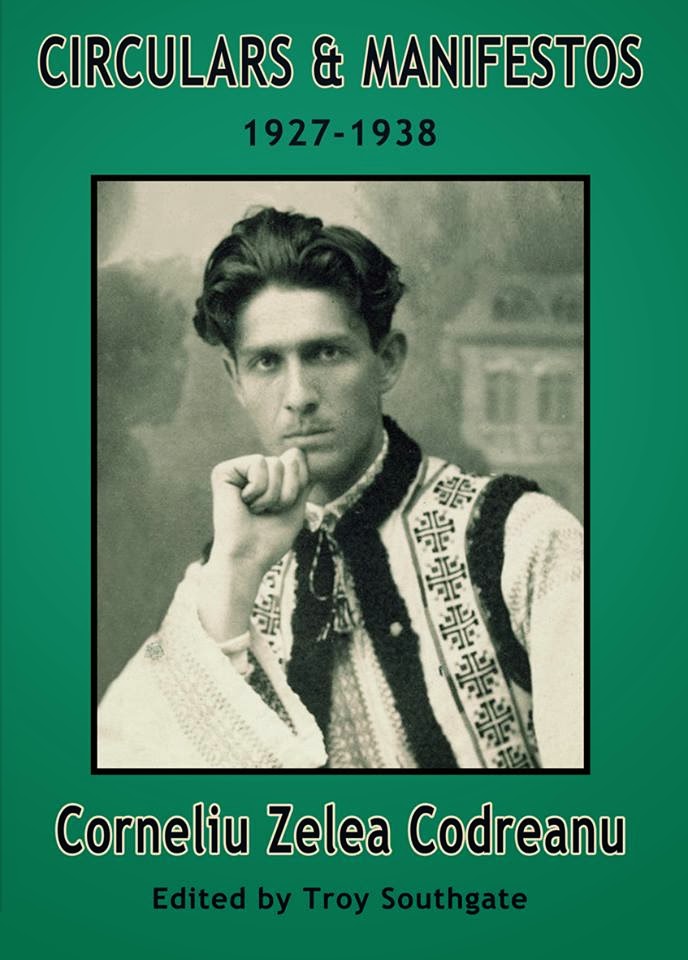 Cover of Circulars and Manifestos

AFTER publishing a 2011 collection of articles about Corneliu Zelea Codreanu (1899-1939), leader of the Romanian Iron Guard, Black Front Press has now decided to issue an English edition of his famous Circulari si Manifeste (Circulars and Manifestos) from 1937. This collection of important documents, first published in Bucharest, provides the reader with a detailed insight into the inner workings of the Legionary movement itself. Among the treasures contained in this fascinating text are Codreanu's warnings to those facing repression; his organisation of work camps and student centres; information pertaining to education and the formation of political units; and his many communiques on martyrdom, suffering, cowardice, treason, honour, the family and the nature of true comradeship. The book also includes the 'Ten Commandments' of the Iron Guard, which Codreanu insisted was essential for the Legionary to observe "in order not to lose his glorious road in these days of darkness, tempest and satanic allurement." Codreanu - or the Captain, as he was known - was someone who paid the ultimate sacrifice for his beliefs and this, a defiant testimony of unremitting heroism in the face of seemingly insurmountable odds, is one of the most intensely militant and uncompromising books that you are ever likely to read.